According to the latest Business Trends report by accountants and business advisers BDO, optimism tumbled from 116.4 in February this year to 90.1 in June – the lowest figure in two years.

The drop can be attributed to slackening demand domestically as well as the global economic slowdown, with business sentiment in the Eurozone hit by the ongoing sovereign debt crisis.

“Such a marked slump in business confidence in the manufacturing sector is a real concern given that it has provided the propulsion for the economic recovery so far,” comments Peter Hemington, partner at BDO LLP.

To reinvigorate the sector, Hemington calls for a “three-pronged approach”.

“First, we urge the government to implement supply side reforms – particularly reform of the tax system, measures to encourage private-sector investment in infrastructure and introducing more flexible employment laws to facilitate businesses’ ability to react swiftly to volatile conditions.

“Second, although inflation remains high, low interest rates are essential to maintain momentum for growth, by driving spending at a time when consumers are feeling the pinch.

“Third, as recovery prospects over 2011 seem sluggish at best, the Bank of England should continue to consider a third round of quantitative easing to provide some much needed impetus for growth.”

Meanwhile, BDO’s Optimism Index, which shows how UK companies expect to trade in two quarters’ time, has fallen to 95.6 in June from a 12-month high of 99.1 in May. The index has now remained below the crucial 100 mark – indicating trend growth – for 13 months. These latest figures point to an uninspiring economic outlook for the remainder of 2011.

The gloomy forecast has been compounded by increasing inflationary expectations, with BDO’s Inflation Index reaching 112.9 – the highest figure in 33 months.

“The weakness of the pound, which should make manufacturing exports more competitive, has failed to generate the hoped for returns,” adds Hemington. “Perhaps this is because, with today’s integrated global supply chains, the benefits of the low exchange rate have been offset by higher input prices.”

Google+ for business: the wait continues 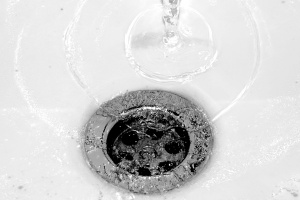 More high-street brands down the plughole