They have the potential to boost the economy through the delivery of the actual projects, as well as enabling the country to enjoy the fruits of labour that will improve our digital connectivity and energy resources.

Having negotiated my way through gridlocked motorways and pot-holed riddled streets to get into work each morning, I think the roads have to be top of the list!

Building toll motorways, such as the existing M6 toll and the planned billion pound development of the M4 in South Wales, are fine as far as delivering an economy-boosting infrastructure project that receives tolls to ensure its upkeep; however, we have to address our existing, crumbling road network too.

According to Transport for London’s 2012 Annual Report, the London Congestion Charge generated £226.7m last year. More than half of that income was spent on administering the toll system and other such related red-tape costs.

And what about the bit that was left? Surely it should be ploughed back into the road network to ensure that traffic flow in the capital improves and the quality of the roads increases.

I would counter with a recent AA survey, which said that more than 50 per cent of respondents rated the condition of London’s roads only as “fair”.

It’s bureaucracy that’s putting the kybosh on making anything happen in London. Even getting a parcel delivered to the right person at Transport for London (Tfl) appears to be a long-winded trauma.

Tfl chief Sir Peter Hendy was recently admonished in the press for spending £175 on toy London buses to use as gifts for visiting dignitaries. I thought it was a good idea but maybe not the best use of public money, so I sent Sir Peter a box of model Pimlico Plumbers vans. What better way of promoting our enterprising city than a model van from a company that demonstrates London’s successful entrepreneurial attitude?

Sir Peter received the vans – a month after I had sent them. We delivered them to County Hall but Hendy works in another office and it took four weeks to get them from one place to another. Maybe their delivery van got stuck in traffic or hit a pothole?
Okay, so it’s a little bit of a silly story, but if it takes a month for a box to be delivered through Tfl’s internal mail system, what hope have our roads got?

I’m not against the Congestion Charge. It has made people think twice about driving into London and that makes it easier for my vans to get across town to reach our customers. However, these systems have to be better administered to make sure the majority of income they generate is literally turned into tarmac and concrete.

I’d urge any town or city that looks to implementing congestion charges: do it for the right reasons. Put infrastructure investment over revenue generation. Good, reliable roads make it much easier to do business and an effective transport system is vital to the country’s economy. 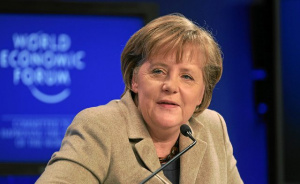 What Forbes’s 100 Most Powerful Women tell us about diversity 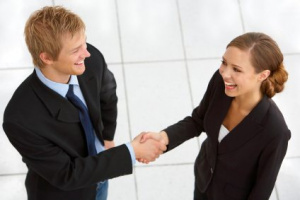 First meetings: The rules of a good match