Like most of us, I became exasperated with the GDPR hype, the veiled threats and the additional pressure on all us mugs who are running businesses. Luke Johnson referred to running a business as a vale of tears in his Times article, with bad debts, cyber security issues, client complaints, industrial accidents and so forth.

He is right. And GDPR has been just another test to our resilience.

What strikes me as ironic is that these restrictions on how we operate under the guise of protecting personal data, comes at a time when technology and governments alike are collecting far more data on companies and individuals, over and above the Cambridge Analytics /Facebook scandals.

It seems both the most outrageous hypocrisy and a clear signal that we have lost the battle to Big Brother. Worse, it fails to address more serious threats.

While social media sites are encouraging authenticity, they are also using technology to identify our natural patterns in order to discourage our own use of auto-posting. This gives a frightening picture of how well they know us.

Robin Cassells of Orwell Computers, describes it as being “beyond 1984, with our fingerprinting, audio listening, face scanning, continuous video surveillance and every word being listened to”. Newspeak, he believes, is indeed here.

Our reliance on AI is a path we are a long way down, abandoning our powers of reasoning in favour of the judgements of machines. One in ten people say they would trust the results of an app in an area which used to be most personal, our choice of partner.

We only have to ask Alexa, Apple HomePod or Google’s Assistant speakers and they will happily tell us what to do and what to think.

There are the plans of Bryan Johnson, and his company Kernel. Kernel wants to treat brain dis-orders and mental health issues with the creation of a brain interface. In other words, it puts chips in our brains. The unstoppable Elon Musk is also working on this field with his company, Neuralink. Musk is, at least, voluble on the dangers of AI.

Johnson describes our brain as the most consequential variable in the world and our biggest blind spot, saying the root of all problems is there so we must change our minds, literally. The danger lies in if we become unable to control how our minds are changed.

On the surface, anything that aids the treatment of mental illnesses seems like a good idea, but when I hear Johnson talk of increasing our rates of learning and imagination, or altering our abilities to love, it takes me into a sinister and frightening world.

So while we are battling with red tape issues over what password system we can use on the email addresses of the customers that we have dared to collect, our governments and the technology companies are gathering more data on us than we know ourselves.

Google’s Sergey Brin was a voice among many recently warning that “we are on a path that we must tread with deep responsibility, care, and humility.” He talks of the threat to employment which we are all aware of and fears that technology will manipulate people with AI generated fake news.

AI machines that can use their own brains without human influence are not quite there yet, but with sinister laughter echoing from our Alexa’s, their autonomy doesn’t feel very far away. It is an ethical minefield. But it is also big business. Look at current protests against South Korean Advanced Institute of Science and Technology, aiming to develop autonomous weapons with manufacturing partner Hanwha Systems.

Hanwha already manufacturer the cluster munitions that are banned in 120 countries. In the UK, we have BAE Systems, who have built the Taranis military drone, technically capable of operating autonomously.

I find the consequences to some of these entrepreneurial – and especially government sponsored – technological advances a great deal more frightening than some poor SME owners GDPR controls. The loss of human control strikes me as a somewhat more major catastrophe just waiting in the wingers to happen. 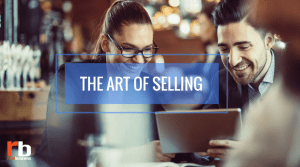 The Art of Selling: 5 new rules of engagement for sales 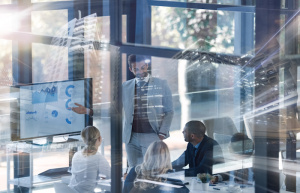 Digitally disrupting the boardroom: What must change to ensure a positive outcome?