Such evolving and accumulating rights are kept in mind and then enforced, as required by the respective creditor and shareholders and to the extent they are not – they do not enter into the day to day consideration of the company’s management. And as with so many matters these things come to a head at significant corporate milestones.

A recent court case has considered the effect of such arrangements on various court processes that accompany restructurings and exits. In that case, involving a very sizeable transaction, the company in question requested a separation of its shareholders into two classes in response to two main fact circumstances.

First, there were existing rights enjoyed by certain shareholders in relation to the company that arose from arrangements akin to shareholder agreements that pointed to the relevant shareholders being in a separate class to others.

Second – in the context of the transaction – a form of consideration that was more attractive to one of set of shareholders than to others was on offer.

The principle applied by the judge and put forward by the company was the same as set out in the 1892 case of Sovereign Life Assurance Company vs Dodd. The application of that principle was perhaps made difficult by the seeming parity of choice between the two classes – though the facts were such that, both in terms of those enjoyed before the transaction and those to be enjoyed as a result of the transaction, the two groups of shareholders were considering different rights.

A minority shareholder in favour of the transaction objected – as the effect would have been to increase the relative strength of a dissenting shareholder’s vote and make the deal less deliverable. The shareholder challenged whether the facts supported there being two classes and also as to whether, if it did, the court could permit the relevant shareholders to be excluded from the shareholders meeting.

In determining whether the relevant shareholders and the others constituted two classes the court asked whether their positions were “so dissimilar as to make it impossible for them to consult together with a view to their common interests”.

As to the determination of whether the court could summon a meeting without the relevant shareholders – the court held that section 896 did not exclude a member (or creditor as the case may be) from waiving or simply not taking up its right to participate in a meeting – for example by not turning up to the meeting.

This case is a useful statement of the law and a reminder to investors, bankers and lawyers to carefully consider the effects of consideration alternatives and pre-existing rights on the deliverability of deals to be effected by court-approved processes.

Mark Crofskey is head of M&A at PwC Legal.

A B&Q court case has highlighted that there is often a fine line between not knowing that something is likely to happen due to staff stress and turning a blind eye to some rather clear signals. 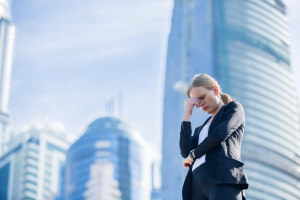 Transitioning from employee to independent

A football club has just trademarked its famous half-time snack