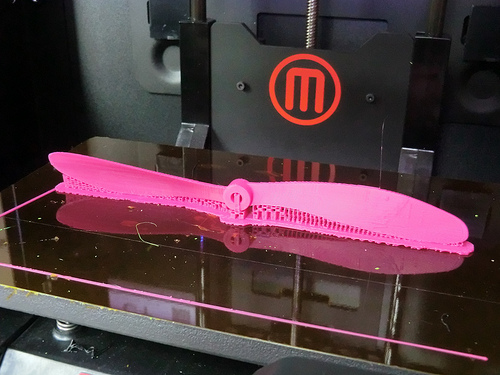 When it comes to consumer 3D printing, estimated time of mainstream adoption extends to anywhere between five to ten years. This is partly due to its hefty price.

Indeed, Pete Basiliere, research vice president at Gartner, explains that even with today’s 40 manufacturers who sell the 3D printers most commonly used in businesses, and over 200 startups worldwide are developing and selling consumer-oriented 3D printers, priced from just a few hundred dollars?, the price is too high for mainstream consumers at this time. Gartner intended to find out why there was such a difference between enterprise and consumer printing markets, and here is what they found. ?It’s true that at this early stage there are some similarities between them as organisations are beginning to employ consumer devices in order to learn about 3D printing’s potential benefits with minimal risk and capital investment. Fundamentally, however, the two markets are driven by different uses and requirements and must be evaluated separately.? Furthermore, despite what one might think, 3D printing is not one technology but seven different ones. Hype around home use obfuscates the reality that 3D printing involves a complex ecosystem of software, hardware and materials whose use is not as simple to use as ‘hitting print’ on a paper printer,” said Basiliere.

But that’s not the only thing they found out. As seen in the graph, 3D printing will be doing so much more in the years to come. In two to five years, there will be greater adoption of enterprise 3D printing, nurtured in part by the continued acceptance and use of 3D print creation software, 3D scanners and 3D printing service bureaus. Basiliere explains that around that time 3D printing of medical devices will offer exciting, life-altering benefits that will result in global use of 3D printing technology for prosthetics and implants?. And in ten years time we cold see macro 3D printing of large structures and classroom 3D printing! Image source By Shan? Schutte