It’s Christmas time, and the period immediately after, that is a cause of concern for many when it comes to spending and paying back amounts owed.

According to a recent study produced by Moneysupermarket.com, anxiety over debts remains high in the UK, with over half of us believing it will take three years or more to pay our debts.

Another 12%, the study said, don’t believe they ever will.

But why did they conduct this study? Well, it’s in response to a growing issue in the UK – household debts rose to their worst rates to date in 2018.

More Britons are entering each New Year in debt. National Debtline, in late 2017, claimed 16% – equivalent to around 7.9 million people – were likely to fall behind with their finances in January 2018 after spending too much at Christmas.

Over half of those questioned said they had not prepared themselves financially for Christmas spending, indicating they would be out of pocket in the New Year.

So let’s take a look at consumer sentiment about debts, and how they’re dealing with them.

What debts do Brits most worry about?

According to the study, it’s personal loans, household arrears and credit cards that are the biggest debt worries for British consumers.

Some 55% of people in the UK fear household arrears on a daily basis.

The effects of this issue on people’s mental health is a deep concern, with an estimated 81,000 dealing with ‘problem debt’ or the act of struggling to cope with the money they owe, across the UK.

This group is up to 8% more likely to suffer from conditions such as depression and anxiety as a result.

“Money worries can cause extreme stress, and leave people feeling alone and desperate, but there are many advice services available to help. Seeking support can make all the difference if you or someone close to you is struggling with finance – there’s always a way out of a debt spiral.” – Sally Francis-Miles, MoneySuperMarket

Another reason why consumers fail to deal with debt obligations appropriately is bad experiences with debt collectors.

This sentiment is backed by statistics produced from the survey, wherein 52% of those who have been approached by bailiffs claim to have been treated poorly.

This is compared with 35% who reported poor treatment when dealing with local authorities and 32% with payday lenders.

What’s evident is that all these statistics are still too high. Some 35% of people even reported poor treatment from government authorities over debt issues.

An environment of hostility will not encourage those in debt to step forward and actively seek help and support.

Indeed, a substantial 41% of those with debts have never sought any form of financial advice.

“Some debts are entered into as part of a financial plan, such as a mortgage. But when an emergency situation leaves them unable to pay, many feel left without a choice and turn to high-cost options.” – Sally Francis-Miles, MoneySuperMarket

Rising household debts have evidently become something of an epidemic in the UK.

But it’s important that we, in the business community, raise awareness of this issue and lend our assistance to campaigns that encourage consumers to access help and support.

Why? Because bankrupt consumers will no longer be able to afford your goods and services.

Whilst overspenders can bulk buy over retail events such as Christmas and end up in debt, this will only account for a quick flash-in-the-pan sale exchange for retailers.

It’s in everyone’s interest that consumers spend money in the economy but do so in a sustainable way.

In short, you don’t just want consumers to buy from you once in bulk-loads, get into debt, and never spend again. You want them to buy regularly and for the long term.

To ensure that such a transactional ecosystem exists, we all have to help raise awareness about the debt issue in the UK and fast. 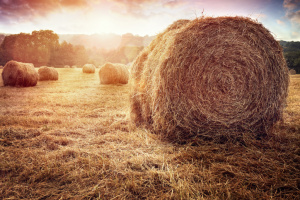