It’s no secret that we live in a world of ubiquitous content. It’s everywhere! As a result, so is content marketing.

We read, stream and “binge watch” content at all times of the day: on the train before work, during our lunch break, with friends at the bar…. even when we’re on the toilet! (warning: just don’t drop your phone!).

With so much content marketing competition these days, many of us simply give up without even trying. “It’s too hard!” “I won’t get noticed!” “People wouldn’t care anyways!”

Guess what? These are all lies. It’s true!

You’ve been recycling these limiting beliefs over and over again to justify your current level of “success” (or lack thereof). If you want to become truly successful and create content that really resonates with people, you need to start by getting out of your own way.

I recently spoke to Brian Clark, CEO of Rainmaker Digital (formerly Copyblogger Media). One of the earliest pioneers of content marketing, Brian built a massive audience and created one of the “50 Most Powerful Blogs in the World” (as ranked by The Guardian).

His story is inspiring. In 2006, Clark recognised a gap in the market that needed filling. With nothing more than ambition and an idea, he launched Copyblogger Media, which aimed to help people develop and execute killer content marketing strategies.

His following grew quickly over the first 18 months. Despite early success, Clark remained steadfast in his belief that if he built an audience first, the money would come later.

He calls this “reverse-engineering.” And boy did it work! When Clark decided to monetise after 18 months, Copyblogger Media made over six figures in a single week. Six months later, Clark was a self-made millionaire.

The mediums we consume content on are constantly changing, but the principles that made Clark wildly successful are the same. If you master these principles, I promise you this: with patience, hard work and dedication, you will be able to amass your own unique audience and following.

But enough talk – let’s cut to the chase. On the next page, read how how you can reverse-engineer your way to the top, develop a killer content marketing strategy and attract loads of followers along the way. 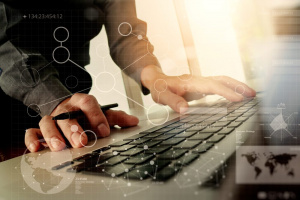 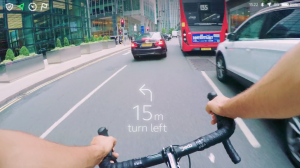