The construction industry, along with financial services, continues to be one of the UK’s most defining economic sectors and remains an undeniably valuable asset to the country’s GDP.

While it continues to be a lucrative and important industry for the nation, and to the various large and small businesses that operate within it, it hasn’t been immune to market volatility.

A volatile and resilient sector

It’s an industry that’s exceptionally sensitive and reactive to external changes, (cue* the 2008 financial crisis where new orders fell by a fifth in the 12 months to September 2009).

Yet the linked construction, development and refurbishment sectors have proved time and time again that they can fight another day, and do it well. Here’s the evidence…

An industry that recovers as well as it crashes

The industry’s relatively swift recovery from the 2008-2009 years evidences its innate durability where, by 2016, GVA climbed to some 104.7bn.

A year later, employment in the sector had exceeded pre-2008 levels at their highest. This period also saw an impressive 6.2% increase in the number of construction firms open for business.

Considering how economically dreadful those recession years were, (some say it equalled the post-1929 ‘Great Depression’), the fact the sector recovered so well in less than a decade is proof of its ability to weather any economic storm, right?

So it will be the same with Brexit, won’t it?

But could Brexit be a far bigger threat to the sector than the banking crisis? Could a no-deal Brexit, or Brexit in any form mean it simply won’t manage it this time around?

According to figures from July 2019, UK construction experienced the worst economic performance in “10 years“. But this time, it’s client indecision, not necessarily freefalling markets, that are stalling things.

The threat of indecision

It seems that a “wait and see approach” from clients is affecting the performance of many sectors within the UK construction industry.

MPs could reject the Queen's Speech

From private to public, to housebuilders, contractors and civil engineers, all are reporting a reduction in demand.

Added to this unsavoury mix is the threat of an economy shifting Corbyn led Labour government fuelled by the weakness of Prime Minister Boris Johnson. The divisive leader could well face a vote of no confidence or even a general election demand from his MPs if they fail to support his Brexit deal.

Contractors are facing the biggest risks

But could contractor SMEs, who, with tighter margins and more modest revenue streams, be the real victims of this eco-political climate?

While we all know that it’s a sector where smaller firms are more likely to ‘go bust’, especially when the margins between profit and debt are so narrow, it’s actually Brexit related indecision from clients that’s posing an even greater threat to their livelihoods right now.

This leaves small contractors with even less money keeping their firms afloat as they seek new business.

A threat from two sides

What can small contractors do when an environment of political and economic uncertainty makes clients stall on contracts due to fears about the outcome of the referendum, (including the possibility of crashing property values)? On the other side of things, small to medium contractors are also fighting a battle with so-called ‘cowboy contractors’ who are using this opportunity to engage in a race-to-the-bottom in terms of project pricing.

The outcome of all this is that clients either press the pause button on signing off on contracts until Brexit is decided, (leaving SMEs with fewer or no running projects), or go for the cheapest option in order to minimise the risk of overspending in a fractious economic climate. – Either outcome could be fatal for SMEs in this sector.

Rising costs and a ‘skills gap’

What’s more, boutique contractors who could once boast an attractively priced project for clients may struggle to do so when the prices of sourcing and importing building materials from the EU goes up.

There is also a risk that SME contractors could face a skills drought, whereby employing EU workers on flexible short term contracts could become difficult. The result of these new obstacles? Rising operational costs for firms, which means higher costs for clients, and possibly thinner profit margins.

Words from an SME in this sector…

I spoke to the development director of a small London based contracting company, this is what he had to say about the current climate for businesses like his. He wished to remain anonymous.

“Risks for SMEs in this sector will be the same ones as always, I doubt a lot will change. Contractors will just have to adjust to the market prices and only the very small ones without a proper supply chain will be at risk. I would say that the more dangerous risks will be felt by SME developers as they’ll still have to build, but with lower profit margins.” 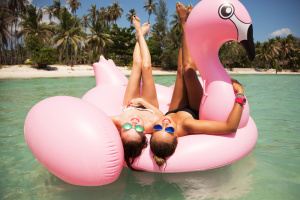