Sterecycle was convicted following the tragic death of 42-year-old worker Michael Whinfrey in January 2011. Whinfrey was killed in an explosion in an autoclave, a pressure chamber used for sterilising, when the door exploded as the result of the failure of a screw. In his sentencing remarks the judge at Sheffield Crown Court described the company as falling short in all material respects of its obligations in relation to maintenance and safe operation. The Health and Safety Executive described the accident as entirely preventable.

Although Sterecyle is now in administration and as such is unlikely to be able to pay the majority of its fine, the judge sentenced the company to pay a fine of £500,000. This is the highest fine imposed for a corporate manslaughter conviction to date, and is intended, no doubt, both to mark the seriousness of the company’s failings and to act as a deterrent to others.

What lessons can be learned from this case and the other corporate manslaughter prosecutions to date?

First, all cases to date have been in industry sectors that typically have higher risk of accidents: construction, farming, manufacturing and extractive; and all deaths have been of employees. This is unsurprising. These same industries tend to attract greater enforcement action by the Health and Safety Executive. However, other business sectors should not be complacent. It is surely only a matter of time before we see a case involving the death of the customer of a business (as opposed to an employee). It was, after all, cases like the Zeebrugge ferry disaster and various rail disasters, involving deaths of members of the public, that were the catalyst for the new corporate manslaughter law.

Second, all cases so far have involved smaller and predominantly owner managed businesses. The largest company so far convicted of corporate manslaughter was Lion Steel in 2012, which employed around 140 people. These smaller companies are much easier to prosecute. The new law still requires the way in which the business is managed or organised by its senior management to be a significant element in the breach of duty causing death.

Where board level directors or their equivalent are directly involved in the operation of the business it is much easier to prove this. Companies of this size and type therefore remain at higher risk. They are also at higher risk as they tend to have less resource to devote to issues of health and safety.

Third, despite the lack of cases in the first few years after the act came into force, there does now appear to be a steady number of cases coming through (two convictions in 2012, two in 2013, three so far in 2014). These are cases that would very probably not have been brought prior to the new legislation. The number of cases seems likely to continue at a similar level for the foreseeable future.

The Sterecycle verdict sends a strong message of the severe consequences that companies may face if they do not protect the safety of employees and customers. A conviction for corporate manslaughter can result in an unlimited fine for a company, not to mention the stigma of being identified through such a conviction as having caused someone’s death.

In addition it is important to remember that frequently in such cases individuals may be prosecuted, either for gross negligence manslaughter or breaches of health and safety legislation. This can result in prison sentences for those individuals identified as being at particular fault. Companies need to be aware therefore of their potential criminal liability, the onus on management teams and the reputational and financial penalties possible if brought to account for fatalities that are deemed preventable. 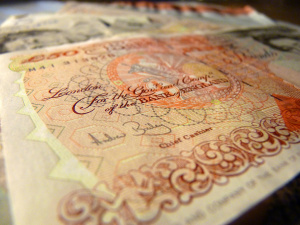 Wage growth is becoming the biggest issue of the economic recovery