This article was originally published on January 9 2018, and has since been updated.

Treatwell, formerly Wahanda, disclosed to Real Business the arduous task of a rebrand. After making strategic acquisitions across Europe, the team decided to create a unified front – it was operating in ten countries under five different names. To better compete in a digital era also pushed it towards corporate reinvention.

“We needed to ensure we were using one brand name so that digitally-minded consumers wouldn’t get confused,” founder Lopo Champalimaud explained. Logo changes and an online facelift spanning tone of voice, photographic style and typography soon followed.

The process ran into seven figures, fully “capturing the spirit of what the company does,” according to Champalimaud. His advice?

“If you’re thinking about corporate reinvention, then be prepared,” he said. “Ensure you have one senior person who has ultimate say, someone who has the confidence to make tough decisions, has a clear vision and can stick to brand principles.”

Remaining relevant in the modern world, however, doesn’t always mean you need a rebrand. Corporate reinvention can mean as little as listening to your audience and catering to their preferences. Take KFC, for example. In an effort to boost Millennial spend, it introduced boneless chicken, dipping sauces and chicken sandwiches.

This was a crucial move, SilverDoor suggested, as “it’s the older generation which prefers chicken on the bone.”

Another great example of brands pursuing relevance, the company exclaimed, is Lego. While still popular, the business was constrained in a way by its production of traditional toys. “It almost went bankrupt about ten years ago thanks to video games and other technology,” Silverdoor said. “Of course, things have changed, and we’ve documented it in our recent infographic.”

Most recently, the healthy snacking brand graze has thrown its hat into the rebranding ring. Like KFC, it hopes to target a wider audience with its new look. As part of its relaunch, the products will now sport colourful, modernised designs aimed at making them more accessible to a larger group of consumers.

“We believe the simplicity, standout and bold nature of the rebrand will act as the perfect platform for the next wave of growth for graze,” said Lee Rolston, strategy director at Jones Knowles Ritchie, the creative agency graze has partnered with.

The below infographic from Silverdoor looks at how ten famous companies were successfully reinvented to keep pace with ever-evolving customer needs and demands. 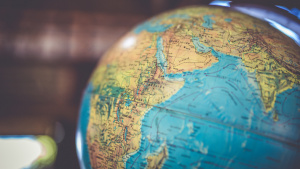 Young investors have their eyes on internationally scalable technology businesses 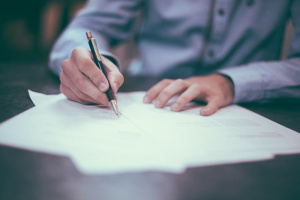