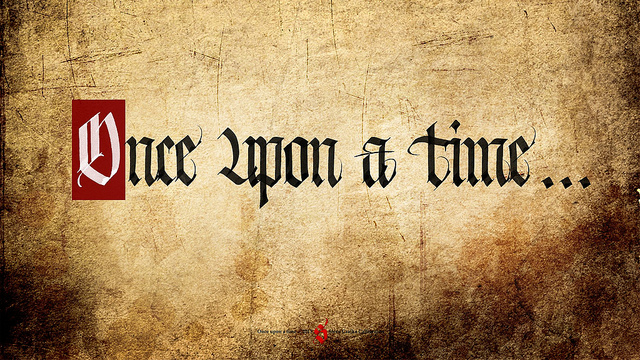 Over the last few years some of the worlds most famous companies have also begun to tell stories. Cisco, Boeing and GE among others have stories in the form of video and blogs on their websites. Some are members of staff talking about their personal experience while others are tales of how a product was launched or a narrative about the how company has developed in recent years to meet changing market conditions.

The fact is that people, whether theyre employees, customers or investors, relate to narratives rather than strategies, processes and mission statements. Stories are good for employees because they help show where the company is going. The corporate narrative – the ups and downs, the challenges and opportunities, the role of people and the twists and turns that have got the company where it is today helps employees to understand why the company is doing what it’s doing and where it’s going from here. It puts events into context and explains the reasoning behind change. They can relate to this more effectively than they can to a vague mission statement. Neiman Marcus, the big US department store, was a leader in identifying and telling stories about how staff had gone the extra mile to help customers. They talked, for instance, about the sales assistant who personally delivered an item to a customer because the shops delivery service couldnt do it in time for the customers anniversary. This story was used to motivate other members of staff and show new recruits how much the store valued its customers. Read more about going the extra mile: Ive worked with a much smaller company who discovered that one member of staff who had taken on board a customers complaint and got that customer a better deal when she took the case direct to the CEO. A brave woman, you might say but she was rewarded for her initiative and the company was happy to talk about it. Ive also worked with a company to get their staff to put together stories about their own personal contribution to the launch of a new product. We got the person who first had the idea to talk about his light bulb moment in a natural, human way. Then the R&D people talked about how they felt when they heard of the idea as well as the twists and turns ii involved in making it a reality. Finally we arranged for the marketing manager to tell us about her reaction to the product and how she went about developing a campaign to promote it with her team. These stories can be used to motivate members of staff and to demonstrate to customers how much a company values them. You can tell that your customers that theyre important to you but showing them is much more effective. People tell stories and customers can tell other customers and, most importantly potential customers. Robert McKee is Hollywood script consultant who has taught more than 60 Oscar winners how to tell stories including Peter Jackson, the writer/director of the Lord of the Rings trilogy. In addition to this Key works with entrepreneurs looking for investment to help them tell their stories. These work much better than simply offering a power point presentation. Read more about the Oscars: Recently I helped two young software engineers, Rob Parish and James Dalton to tell their story to angel investors. Briefly, Parish had been written off at school because he couldnt concentrate and was very disruptive, Dalton on the other hand was a model student. When they first shared a house together with some other young people they were the classic odd couple but somehow, after many a row, they clicked. One night they started talking about how they could never find any clothes they liked. So they piled in all their meagre savings and borrowed from their parents and set up a website to sell what they wanted to buy. It was very successful in that they imported large quantities of clothing and sold them. But after two years plus the effect of the credit crunch it went under. It was a horrible time. However, once they had identified their main problem the vagaries of currency fluctuations combined with slow paying overseas customers, it led them to develop a cloud based computer programme that can help SMEs to handle these issues. Theyve so far raised nearly 300,00 from investors. Of course, the figures, profit projections and sales and marketing strategy were all very important but what was interesting to me was that when I talked to those who had seen their presentation these hard headed money people could only remember the stories that Parish and Dalton had told. They liked the young mens story and how they recounted it it told them almost all of what they needed to know about the who, what and why of what they were being asked to invest in. The simple fact is that storytelling doesnt cost any money and takes very little time. Small and medium-sized enterprises can arrange for staff to share stories at meetings, create a file on their computers to share their stories or video each other on a smart phone talking about the good things they have been doing for the company or how theyve helped customers. Its really just a change of mindset. A final thought. Social media is about stories. Companies that use this powerful tool to fire out marketing messages quickly that it does them no favours quite the opposite in fact. However, stories about people resonate with the people who read them. Simon Brooke is a story telling consultant with Communicate Media. Image source