It’s considered one of the major threats to the high street but what if showrooming, the practice of using a shop to browse and research but buying from a cheaper online store later, could be turned into any high street shop’s most valuable selling opportunity?

Earlier this year Peter Ballard wrote about how showrooming may have cost HMV its existence, with nearly half of browsing shoppers ending up buying elsewhere. The UK has over twice the global average for showrooming at 68 per cent of shoppers, and the phenomenon has had a detrimental effect on our high streets as they struggle to recover from recession.

But the answer to turning browsers into buyers is right under our nose, according to research released this week by business consultants TNS. The answer is mobile. In TNS’s annual Mobile Life study, based on responses from 38,000 people in 43 countries, data shows that among those who showroom, two thirds use their phone whilst doing so, providing a major opportunity for brands to interact with consumers on the spot.

The study shows that people are open to engaging with brands whilst in-store, with more than one fifth of smartphone owners keen to receive mobile coupons whilst shopping and a similar proportion interested in apps that help them navigate the store they are in. One in ten consumers are even interested in a “virtual sales assistant” to answer their questions in-store – because who needs real people, right?

Whether you like the idea or not, this openness to interacting on a mobile level does present a real opportunity for brands. Businesses that get their mobile strategy right will learn to engage meaningfully with people at the point when they are considering a purchase, before they leave and buy the product elsewhere.

The opportunities are vast, from coupons popping up on a customer’s phone as they are looking at a product, to suggestions for similar products in-store guiding a customer through the shop.

“People still want the reassurance of seeing a product before they buy it, but actually purchasing elsewhere means retail outlets are left as loss-making display cabinets,” said Matthew Froggatt, chief development officer at TNS. “Rather than seeing mobile as a threat to in-store sales, brands and retailers must embrace it as the most immediate and personalised way to engage shoppers to ensure they don’t leave empty-handed.”

The biggest drivers for showrooming consumers are twofold: reassurance on price and reassurance on suitability, with 16 per cent globally reading reviews or checking social media whilst in-store to inform their decision-making. But although showrooming is a global phenomenon, the role played by mobile varies significantly across the world.

In markets where people’s first introduction to the internet has been via a handset, shoppers are highly likely to use their mobile when showrooming – 75 per cent in emerging Asia, 87 per cent in the Middle East and North Africa and 67 per cent in Sub-Saharan Africa, according to TNS. People in developed markets, where online shopping is well established, are less likely to do so, with 55 per cent of showroomers in North America and 56 per cent in Europe using their phones in this way.

So if mobile seems like the enemy, we have it wrong – it’s the perfect tool for businesses to find new ways to make buying in-store the convenient option. Anything that saves the consumer time, money or angst will help reduce the flow of people out of the shop to purchase elsewhere. In understanding exactly how consumers are using their mobile in-store, brands and retailers can improve their own offering – whether through apps, mobile coupons or simply greater provision of information – and begin to nudge shoppers back towards the tills. 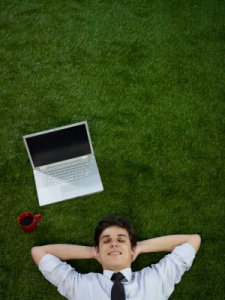 Top 10 biggest “out of office” sins 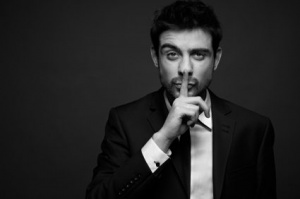 World IP day: How safe are your secrets?