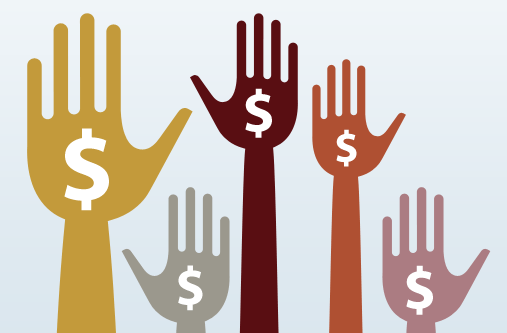 With much talk of a “Northern Powerhouse” and “Tech North” in this election year, it’s still the case the while London is booming, and increasingly a world city, it receives the lion’s share of government focus and support.

According to figures just published by the Local Data Company, it is in areas outside of London, and especially in the north, that austerity is biting hardest, with little prospect of any let up. All parties have made it clear that there’s more to come post-election. Meanwhile Scotland’s bid for independence has inspired new thinking elsewhere. What if cities towns and regions could take more control over their own economy? “It’s time to open up and democratise that most closed and secretive of markets: funding and finance” says Barry James, Founder & CEO of TheCrowdfundingCentre.com and TheCrowdDataCenter.com. “Corporate culture, by inclination closed, selective and controlling, tends to centralise power and finance and it’s lobbyists have infected and influenced Westminster politics to the point where much of the UK has become a hinterland and London has ceased to function as it’s capital – let alone share the capital it needs. Julie Meyer is right, the time is ripe for a grass roots revolution – and Westminster may well be among the last to know, or even notice.” Last year, data shows that UK entrepreneurs ran more than 17,000 crowdfunding campaigns, across more than 1,300 towns, cities and villages. 150 places had more than ten campaigns. “All this with little or no help or support,” adds James. “We know this – it’s not an estimate – because we tracked every single one of them and have the data. That figure could be many times higher a year from now. It could create many more jobs, lead to many more businesses and help kick-start local economies across the UK. “In the face of austerity orchestrated from a centre almost untouched by it, it’s time for our towns cities and regions to take their own economies into their own hands. Alternative finance is online-by-default and at its core a grass roots movement. We will look at new ways to light the way for commercial and social enterprises to access finance new and old to kick-start their businesses and the local economy”. Venture funding hubs were announced late last year, as announced by Deputy Prime Minister Nick Clegg: “Access to finance is critical, so that we can see startups and growth within existing tech businesses. Therefore I’m delighted that the first Venture Funding Hub is being created here in Sheffield as part of an initiative that will span our great northern cities. It will complement the TechNorth initiative I have previously announced.”  Lord Young’s second report to government on business startups and growth last year reported that access to finance is critical and that crowdfunding provides an important new route, but like all innovations people need to become familiar with it to gain confidence.  Venture funding hubs will showcase live crowdfunding campaigns and local success stories to help build confidence and connect entrepreneurs with the finance and business support services they need to thrive.