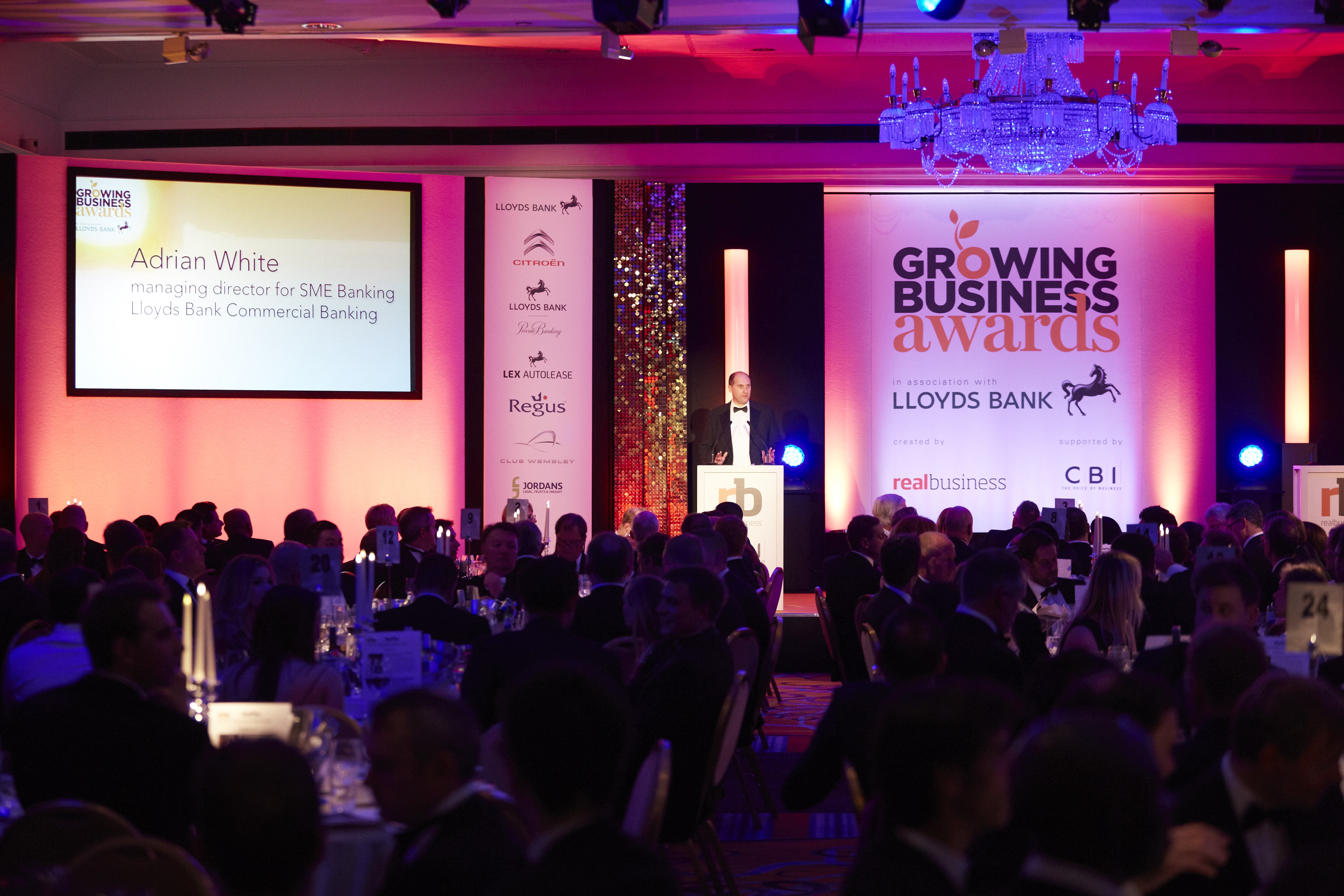 Now entering their 17th year, the Growing Business Awards have been proven to bring together the very best Britain has to offer when it comes to entrepreneurship, innovation and brand building.

Accolades on the night will range from the maiden outing of the Micro Business of the Year Award to those proving to be the best in class when it comes to exporting, digital and retail. Nominations will run until 18 September, at which point a shortlist will be drawn up and presented to our illustrious judging panel ? which featured the likes of Coffee Nation founder and CEO Martyn Dawes and Acturis co-founder David McDonald in 2014. The industry-leading event is held in association with Lloyds Bank and supported by the CBI, and is, according to Monitise president international Peter Radcliffe, ?truly the ‘Oscars’ that every business in the country should be seeking to win?. The last four years of the Growing Business Awards have seen well-known businesses including Ve Interactive (2014), First Utility (2014), Blippar (2013), Zoopla (2013), Fever-Tree (2012) Better Bathrooms (2012), Ella?s Kitchen (2011) and Unruly (2011) recognised for amazing achievements.

In 2014, a keynote speech from Innocent Drinks co-founder Richard Reed set the scene for the evening and gave those in attendance an idea of what kind of scale can be achieved when the right ingredients are brought together. In the aftermath to last year’s awards, we profiled some of the biggest winners on the night to discover what goes into creating a business with longevity. Each revealed how competition was being dealt with, the key components to a successful team and just where the market might be going next.

Life in the fast lane for Xtrac CEO Peter Digby

Nominations can be completed on our dedicated webpage for free.