With time ever more precious, and our reliance on technology rising, it is hardly surprising that all our recruitment is becoming increasingly automated.

The recruiter’s time became even more strained at the edges when benefit laws changed a few years ago to enforce job seekers to apply for jobs to clock up numbers, rather than because of suitability on either side.

So, the poor old recruiter sunk further into a sea of CV’s from applicants with neither skill nor desire. To whittle that number down, overworked HR departments and recruiters have had to become reliant on on-line portals that use algorithms to, in theory, sort the wheat from the chaff.

Despite these algorithms being unable to be used to assess their content, the portals still require a cover letter. Many people feel that changes in recruitment have, therefore, made the practice of sending a cover letter obsolete.

A cover letter is certainly old fashioned, in that it is firstly a sign of etiquette, a formal introduction to the candidate. Many recruiters still consider a cover letter demonstrates professional courtesy, dismissing a CV submitted without one.

It is also perhaps forgotten that the purpose of a CV and a cover letter are very different.  A CV sets out a candidate’s work history and qualifications for a job.  A cover letter not only acts as an introduction but should also underline the fit of a candidate to a particular position. A cover letter should reveal personality, which a CV should not.

Many cover letters go unread, leading to angry candidates who feel that the hours they have spent crafting their careful offering have gone to waste. They feel outraged at having wasted their time.   It might, on the surface, seem ridiculous to be asked to spend time on something that is not always read.

There are many reasons why recruiters do not read cover letters in full.  Some are essay length, inappropriate and defeating to tackle. Some are so badly presented, that without reading, they confirm an applicant’s unsuitability.

Any of the generic versions are easily spotted and quickly rejected. However, the biggest reason is that when the CV has already revealed no match in the skill set or experience to the job requirement, the letter becomes superfluous.

Candidates are also angered that many HR departments do not have time to give individual feedback or sometimes even to acknowledge applications. These applicants, who believe their letters should have spoken for them in demonstrating their exceptional qualities, resent the effort spent.

Many take being ignored and or rejected as personal.  The reality is that it is not.  The recruiters are simply too much under pressure to reply and have to concentrate their energies into selecting the best person for the job.

Ten years ago, jobs were fought for. Candidates saw it as part of the territory to bash on doors for as long as it took, resulting in increased resilience to rejection, and nurturing grit and determination.  With fuller employment this has changed.

There is also a growing resentment of corporate values, as they are increasingly seen as synonymous with greed, global warming, poverty and all the other ailments of the planet.

For some candidates, being rejected within the recruitment process underlines their conviction that companies and all who work in them are ignorant and lazy, rather than sparking any internal reflection, leave alone personal development. Instead, it adds fuel to the argument against wasting time on a cover letter.

But the reality is that a good cover letter can still make a difference.  At senior level, it is still considered absolutely essential.  At junior trainee level, with no experience to look for on a CV, the recruiter is sometimes left to rely on the cover letter to show the personality they are looking for. For jobs which require writing, presenting or selling skills, a cover letter is a showcase of the skills needed.

Cover letters give recruiters an insight into the candidate’s mind. Sadly, I have lost count of the number of covers I read over the years full of grievances against former employers, angry demands of what that person expect out of life or revealing a narcissistic obsession with self. Reading those letters can quickly save a recruiter time spent on a wasted interview.

A good cover letter reveals that the candidate actually understands that employee / employer is a contract with benefit to both sides.  Just as applicants are rightly looking for a job they would enjoy and do well in, so the company wants someone who will perform and deliver.  Any cover letter that expresses why the applicant is a match to the role, in conjunction with why they would love it to do it, goes a long way to demonstrating that understanding.

Good candidates understand that the cover letter is still an opportunity to show their passion and get ahead of the game. Good candidates still write them. 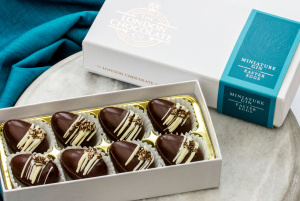