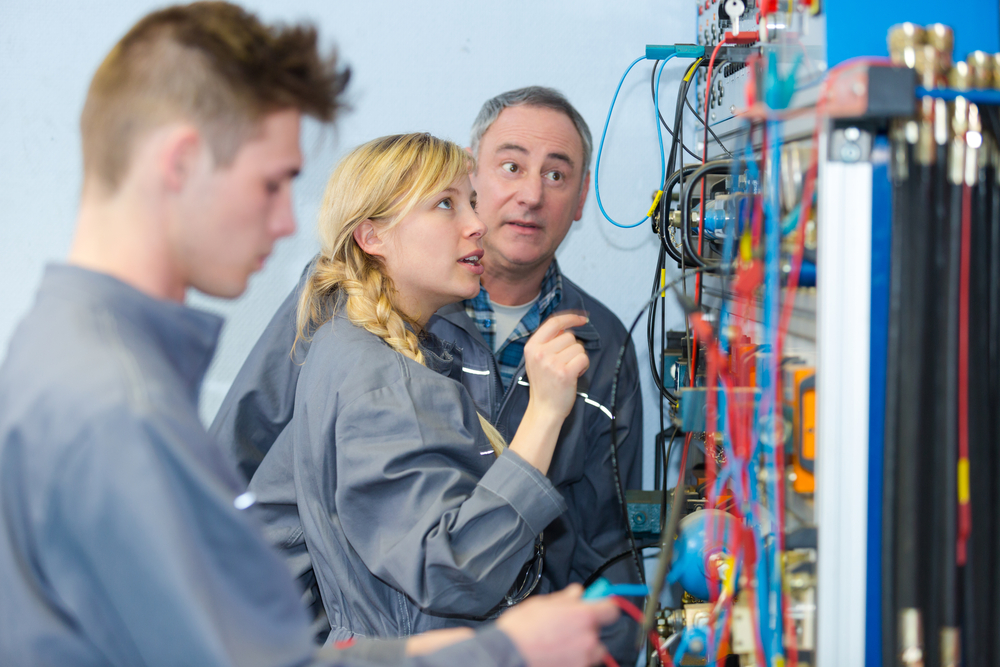 Share via
Back in June, at the height of lockdown, the Prime Minister promised an apprenticeship to every young person. After the fiasco surrounding A-level results last week, and the likely repeat that’ll take place when kids open their GCSEs results on Thursday, it is a commitment he has to make good on. Most of the debate in the last few days has been about the down grading of A-Level results, which is preventing students from gaining places at university.   That’s rightly understandable, but it should also be how we take this opportunity to press the reset button on our education system and make apprenticeships the priority. Employers, of course, and government, undoubtedly, have a role to play in this because it won’t just improve education, but it will also get people into work and with the skills the economy needs. Thanks to the unwelcome pandemic the UK is now in recession and unemployment has topped two million and is headed in the direction of three or four million in very short time. The answer to preventing things from returning to the bad old days of the 1970s is for people to get to work. I have been urging people to return to their offices and workplaces to help get the economy back on track, and I would add that if Boris wants to build his wonderful new United Kingdom then we’re going to need more apprentices. While the perception of apprenticeships had started to improve, the dog’s dinner of the Apprenticeship Levy put pay to any sort of rapid growth.  It actually sent figures in reverse before they were stomped on by Coronavirus. Based on figures from the Association of Employment and Learning Providers, in April only 39% of apprenticeships were continuing as usual and 58% of employers were confident all their apprentices would return once restrictions were lifted. We can’t let that stand, which is where Boris’ promise has to come in to play. We can start this immediately with the youngsters who have completed their GCSEs and A-Levels, whatever their results. At Pimlico it’s not about the grades, it’s about attitude and enthusiasm.  That’s our stance when it comes to apprenticeships. The fact is the education system has had its priorities twisted for far too long, and nothing has done a better job of showing the cracks in its foundations than the outbreak of Covid-19. With graduate employers bailing on their pre-pandemic job offers left right and centre, it should be pretty bloody obvious to everyone that the time for spending £40k on a Mickey Mouse degree is over. I’m not going to pretend we won’t need a few youngsters heading over to higher education to be the future doctors, lawyers and whatever else is actually useful. But the trend of putting pressure on every kid to get high grades for a pointless, expensive degree needs to be wrapped up. Graduate jobs will be thin on the ground for the foreseeable future and in the meantime, we need damage control before the bad stuff gets worse. Kickstarting our economy is one big thing to see to, and blocking mass youth unemployment is another. Seeing as apprenticeships train young people to do jobs that are actually useful, bolster the economy, and provide a much more stable income than a media degree from the arse end of nowhere, it’s about time for everyone to wake up and stop banging on about the curriculum. The government now needs to put its money (what it has left) where its mouth is and make it affordable for employers to increase their take up of apprenticeships and for businesses not to have to worry about the letters and numbers on an exam certificate and give youngsters a chance to gain skills, earn a living and make an important contribution to the economy and society.