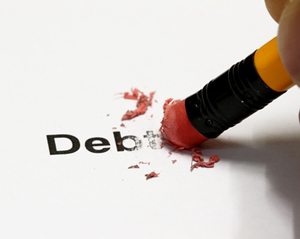 The impact of COVID-19 has seen a sharp drop of ?189 million in insolvent business debt during the last quarter, according to corporate distress data analysts Red Flag Alert. ?

The firm?s ?Write Off Report? shows that total levels of insolvent business debt at 30thJune 2020 were ?1.577bn, down 10.7% from ?1.766bn at the end of March. The decline has been due to the Government?s COVID-19 support measures, creditors flexing payment terms and less formal action being taken against companies in serious financial distress.

The quarterly figures are in complete contrast to trends this time last year, which saw total insolvent debt grow by ?161m from April to June 2019.

Analysts predict the recent downward trend to be short-lived and point to retail sector debt as a barometer for what the future holds. According to Mark Halstead, a partner at Red Flag Alert, total insolvent debt has declined because struggling companies have been able to draw on financial support from the Government and provided with “more breathing space” from the businesses to which they owe money. This has created a reverse-effect for total debt. In contrast, insolvent debt in retail has grown by around ?6m, which seems like a much lower number in comparison, but actually represents a 12.6% increase during the last quarter. ?This growth is important because retail performance is an early indicator of levels of consumer confidence and economic volatility. It?s a sector that accounts for high levels of employment and affects the performance of many other industries such as logistics and manufacturing. Both of these have also seen varying rises in written off debt during the last quarter and we can expect more sectors to follow suite in the coming months,? he said. Red Flag Alert?s Write Off data shows insolvent debt in the manufacturing sector grew by 17.4% from ?89.6m to ?105.2m, while logistics saw a marginal increase of 0.84%, taking debt levels to ?62.3m at the end of June. Other sectors that saw rises in insolvent debt include hotels and accommodation, where levels more than doubled to ?12.4m, while travel and tourism witnessed a 79% spike in write offs, with insolvent debt growing from ?5m to ?9.1m during the past quarter. Total insolvent debt by sector for the 12 months to 30thJune 2020, compared to 12 months to 30thJune 2019 and 12 months to 31stMarch 2020.?   ?These figures are much more extreme, but this is due to very low base levels of existing insolvent debt in each of these closely aligned industries. The key concern here is that these sectors are showing limited signs of recovery from the pandemic, with the end of the prime summer season very close. We can expect this to lead to high levels of business failures and payment defaults during the next six months,” Halstead added. The construction and property sectors account for some of the UK?s highest levels of insolvent debt, with total amounts standing at around ?371million at the end of June, representing a 2.2% rise during the past quarter.

?Our financial modelling since we started records in 2004 shows that the construction and property sectors typically operate with some of the highest levels of insolvent debt.”

“The impact of the pandemic hasn?t yet been that pronounced on these sectors and the biggest risk they are now facing is uncertainty around office-based working caused by the pandemic. If home working trends cause a significant long-term dip in demand for commercial property, it could burst this debt bubble, Halstead explained. ?This quarter?s Write Off figures have been skewed by the COVID-19 measures introduced by Government and positive steps quickly taken by companies during lockdown. We?re now coming to the end of Government support and can expect businesses to enter a more protectionist mode as they fight for survival. With this in mind, it?s likely that insolvent debt will see a sharp upwards trajectory over the next six months.?