The winners of this year’s Queen’s Awards for Enterprise were announced towards the end of last month, as and usual some amazing companies have made the list.

The businesses were recognised for outstanding achievement in innovation, advances in sustainable development, or progress with international trade.

The lucky winners will be invited to a Royal reception, will be able to fly the Queen’s Award flag at their main office and use the emblem on their marketing materials, and – the pièce de résistance
– will receive a commemorative crystal bowl.

The awards are valid for five years, and many of the winners go on to become household names. Here, we reflect back on some of the Queen’s Awards for Enterprise all-time greats.

Adnams, while best known as a brewer of beer, also makes a range of award winning spirits from locally-sourced grains. It works with local farmers and has partnered with a local business to install an anaerobic digestion plant to turn brewery and food waste into biogas. It won a sustainable development award in 2012.

The Anglesey Salt Company won a sustainable development award in 2017. The brand grew in the space of two decades from making sea salt in a pan to supplying the Olympics. It sells its leftover clean distilled water for a variety of uses, included Venus fly trap food.

Shazam Entertainment, the creators of that handy app that allows you to identify songs based on a short, recorded snippet. It took an award for innovation in 2012.

Tangle Teezer, the detangling hairbrush, also took an award for innovation in 2012. The founder, Shaun Pulfrey, has had amazing success with PR, and later went on to secure a Queen’s Award for International Trade in 2014.

Fever-Tree, manufacturer of premium tonic water and other mixer drinks for spirits, won the award for international trade in 2013. It’s website proudly claims that it is served in 9 of the 10 top restaurants in the world.

Skyscanner, a travel fare price comparison website that helps users find cheap flights, hotels, and car hire, won an award for international trade in 2012. It opened an Asia-Pacific office in Singapore in 2011 to make the most of growth in this region.

There is a lot to recommend the awards, and for eligible businesses it doesn’t hurt to enter – it is free to do so, and you can apply for more than one award. The next round of applications is due between 8 May and 12 September this year, so if you’re hoping to make the cut for next year, click here. 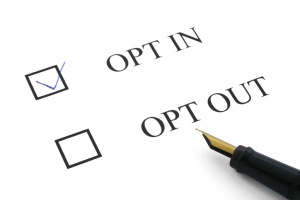 How can we ensure a truly equal future for women?