It’s no secret that businesses are currently facing a number of challenges. The economic downturn is an obvious example, but the advent of technology over a much longer timeframe has also impacted heavily on our workforces, with the roles that we play in business endlessly morphing or in some cases, dwindling altogether.

This is nothing new; over the years, millions of Britons have had to come to terms with the fact that someone, or very often, something, can do their jobs better and more cheaply than they can.

Since the Industrial Revolution began, jobs have steadily been eroded by the inexorability of commoditization. Until recently, this tended to affect blue collar workers significantly more than their white collar counterparts, but in 2013 there is no denying that, to paraphrase the Prime Minister, “We are all in this together.”

So what are we to do? It is naïve to think we can manufacture our way back to more jobs. I, for one, don’t know many people who are prepared to work for Chinese-style wages;  and our financial services sector, upon which we rode the waves of success for so long, is now operating in an increasingly difficult and hostile environment (witness the EU’s recent, misplaced attempts at a “Tobin Tax”).

So what is our alternative? Creativity. In all its glorious, diverse manifestations.

Creativity and innovation, quite simply, are what Brits do best. This is in part thanks to the eclecticism that comes from our long history as a trading nation, and in part a product of our famous tolerance (celebration, even) of free-thinking, eccentricity and of bottom-up innovation.

Our history is rooted in creativity, in intellectual curiosity and in a desire to innovate. But we are in danger of forgetting this core strength, and its vital that this doesn’t happen. Our creativity is a cause for celebration but it’s also what can save our flailing economy a reason to be not just proud, but extremely optimistic also.

The beginning of 2013 saw the Advertising Association report that the creative economy is worth £100bn to the UK annually; welcome news indeed. But this is just the tip of the iceberg. Our own research, in association with YouGov, reveals that the UK is brimming with creative flair, with over half (55 per cent) of the adult population considering themselves to be “creative thinkers”. Yet more than a fifth (21 per cent) of these ideas are forgotten straight away.

There is huge potential in these wet islands in the North Atlantic, but we must nurture this potential if we are to rediscover our creative heritage.

But how? Worryingly, only 16 per cent of all respondents said that they have their best ideas at work. It seems idea creation peaks between 8am and 12pm (15 per cent) and 9pm to midnight (14 per cent).

This suggests our traditional ‘9-to-5’ working model is not in fact conducive to creativity. Perhaps we need siestas, or some other totally new way of working? Flexibility is a term that is often bandied around now that we have the will and means to work outside of an office environment, but the time has come to recognize this as a business “must” rather than an appealing perk.

After all, working out of the office is no longer a burden, sacrifice or inconvenience – indeed, many people would much rather go home and plug in remotely to finish that all important project rather than be arbitrarily confined to the office.

That said, despite all the technology now available to us, in order to be and stay connected, we still like to rely on classic tools to help us think creatively, with 40 per cent of people saying that pen and paper, painting or plain, old fashioned fresh air help them the most to come up with good ideas. Only 21 per cent said they used computer, laptop, tablet or mobile to “get creative”.

All of these findings are food for thought for those of us who are responsible for employing and nurturing workforces.

If we are going to reinvent our business and, as a result, our economy, we must reawaken the dormant potential of creativity. We now need to revert to being a nation of innovators, thinkers and intellectual explorers, rediscovering the very traits that led to the original Industrial Revolution.

It is our creativity that can help reignite our economy. We must unleash it, in full effect, immediately. Get this right, and a very exciting future lies ahead. 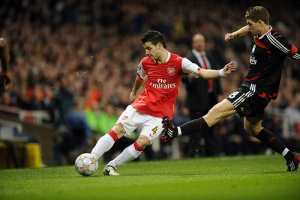 What business leaders can learn from Arsenal 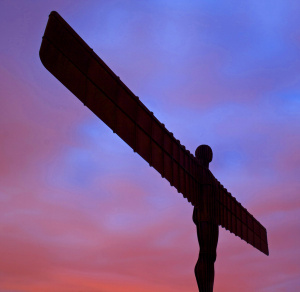 Apprenticeships: the North puts the South to shame!