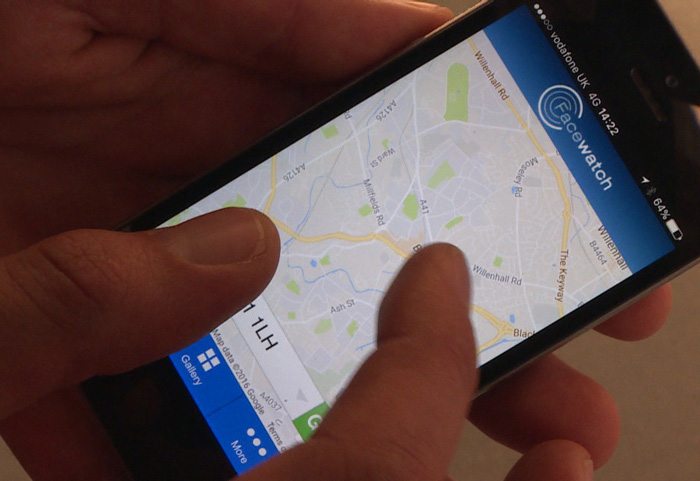 Share via
Back in 1890, when Gordon’s Wine Bar was established, the national law enforcement infrastructure was still taking shape – rattles had not long been replaced by whistles, such were the technological crime-fighting advances of the time. Roll the clock forward 120 years, and Simon Gordon, the owner of what is thought to be London’s oldest wine bar, was vexed by the growing incidence of low-level or “petty” crime faced by his customers, mainly theft of personal belongings. He decided to do something about it, and that’s when Facewatch was born – an online crime-reporting platform that reduces the process of registering a crime with police, combined with submitting CCTV and written evidence, from what used to take up to 28 days to just 20 minutes. The system, which allows businesses and the public to share intelligence, enables victims of crime at premises operated by registered users to receive an instant Facewatch crime reference number for insurance purposes, followed soon after by a police crime reference number.

Gordon, who is Facewatch’s chairman as well as its founder, explained: “What I wanted to create was one system that could ‘talk’ to all police forces, where a crime could be reported and then evidence uploaded quickly and simply to vastly speed up the process. “We have been working in a kind of public-private partnership approach. But now the business is poised for significant expansion as we have gained traction and have a number of new developments coming on stream, together with a further round of fundraising which will help to take Facewatch to the next level.” Facewatch is widely promoted and praised by police forces nationwide and, in a recent case study involving West Midlands Police, has been cited as the pivotal factor in speeding up the crime reporting process by up to as much as 21 days where CCTV was a significant factor in evidence – as well as saving an estimated £800,000 in police time. The platform was also recently featured in an episode of the BBC1 television programme “Thief Trackers”, which showed how West Mercia Police use Facewatch to support crime reduction among local businesses. Facewatch was described as a “game-changer”.

New technological developments coming on stream include the integration of facial recognition software, which will mean that users of the platform receive alerts when known suspects on police watch lists are picked up by CCTV cameras on their premises. Gordon added: “We are right on the cusp of a major revolution in the way crime is prevented and detected, because we are going to have thousands of cameras all sending algorithm versions of cropped facial images securely to the cloud, where they are analysed and compared to Facewatch watch-lists, with instant alerts going back to the business for matched suspects.” “The user experience of the platform is also changing. Facewatch can now be accessed via a secure smartphone application on dedicated devices that puts the huge ‘invisible’ power of the platform in the palm of our users’ hands. This is not just more efficient, but also much safer for staff reporting security issues and talking to other businesses on the frontline, who are less likely to be noticed by suspects tapping into a mobile device than talking into a two-way radio.”

As part of the expansion of the business, new members of the team have been recruited, most notably chief executive Nick Fisher, to develop sales growth and expand and enhance Facewatch’s strategic partnerships. Fisher has had a lengthy senior career in the retail industry, including roles at Phones 4U during the company’s longest period of sustained growth, and also with Dixons Retail, where he was involved in the launch of the highly successful Freeserve product, which sold for £1.5bn 18 months after launch. Since joining Facewatch, Fisher has forged a strategic partnership with Forecourt Eye to tackle the growing problem of “drive off” fuel theft from petrol forecourts. Forecourt Eye is an industry response to a growing crime wave and as well as its partnership with Facewatch, the company works closely with the Petrol Retailers Association (PRA) to reduce criminal activity and improve safety of employees. Latest figures presented to the Home Office estimate around one million fuel theft incidents are reported in the UK annually, costing petrol retailers more than £31m in total – an average of £3,600 per forecourt.

Fisher said: “Facewatch is highly regarded among police forces nationwide as a result of successfully proving it can deliver the digital crime-reporting and prevention tools that modern law enforcement and the business community needs. “The focus now is on developing further awareness about the financial loss prevention capabilities of the platform among the wider business community and building on the good foundations already laid. “Potentially, we are looking at Facewatch becoming the go-to global crime-reporting platform for police forces everywhere and, for me, that is a very exciting vision to be working towards.”