The compensation culture has run amok since Bernard Levin first coined the phrase in the early nineties.

Its original roots sprang from genuine searches for justice. Now it is also a potentially dangerous tool in a world of where money still equals power. The man in the street, the smaller company, are too often unable to defend themselves.

On a mundane level, threats and demands for compensation have become a commonplace business practice.

This growing compensation culture had a huge impact on the supply chains of small businesses. We had a few truly amazing small suppliers, many also like us struggling to stay alive in a difficult world. We saw others being eaten up by the bigger competitors. When this happened, we always lost out.

We became a small and irrelevant customer, not really worth the hassle. And when things went wrong, and our customers would look to penalise us on a late delivery, these large suppliers to the building trade would laugh in our faces at the idea of accepting responsibility. Increasingly, we were the loser in the middle – a painful and powerless situation.

Lateness of delivery, whatever the circumstances, has become a justification for a compensation claim in the last few years. Force majeure from tube strikes to snow closed roads, it all provoked claims for compensation to greater value than those of the goods delivered.

Threats of court actions as an acceptable bullying technique comes in many different forms. We had a constant stream of sudden “damage” that occurred to pieces after they had been signed for in perfectly good condition.

When the recession first started to bite, and watching these complaints spiral, I was warned by a long-standing customer of exactly how things were going. Customers with money to spend were using that power to run amok. A typical scenario, therefore, might run as follows.

Mrs Money arrives in small design practice flaunting her millions. Small interior design practice excitedly takes the job and a healthy 50 per cent deposit. Everything would be rosy till near the end and time for the other 50 per cent to be paid. Mrs Money will suddenly have abrupt changes of taste, and demand changes – a piece of furniture there, a door knob there. The design practice will be then left scrabbling to do anything Mrs Money wants in order to get paid and stay in business. And to keep its profit margins, it tries and send back goods for free swaps under every ridiculous pretext under the sun.

A small manufacturer, therefore, which supplied the designers originally with goods made to order in good faith, is the one that loses out. Or – as my customer was blunt enough to tell me – would lose potential work to other companies which would go along with taking back unjustified returns.

Crooked returns are now common place and by no means restricted to the interior design trade. No one thinks twice about trying it on and returning goods knowing full well that they have actually done something to them that invalidates the guarantee. Firms now have to agree to these returns unconditionally or have their reputation smashed.

Large, mass producers have budgets for write offs. Small companies that make to order pieces, that are then sabotaged by customers playing these games, cannot recoup the cost.  Each have to swallow a 100 per cent financial loss. For small British manufacturers, often operating on only a 10-20 per cent profit margin, it does not take a mathematical genius to see how quickly this can take a firm under.

I, therefore, completely understand the suppliers which refused our business if it meant we passed on compensation claims. Those which go on attempting to pay will probably be squeezed out of business.

For me personally, the new world of a compensation culture and returning goods without justification and other dodgy practices had another major impact. Firstly, I may be naïve, but the injustice rankles. My business had been founded on exceptional customer service. We thought nothing of working all night to do anything needed to support our customers. We cared – genuinely.

In trying to balance the books and sort the fake claims from the genuine, it quickly became impossible to maintain such an open and honest approach. I found the obvious lies difficult to stomach. What was once passionate customer care, necessarily diluted to a negotiation of acceptable outcomes. This in turn meant it was harder to be proud of what one achieved. 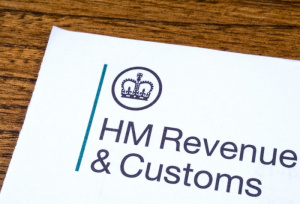 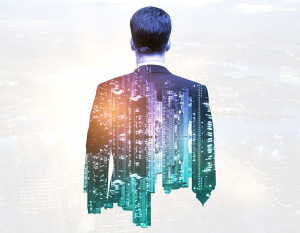 Putting customer engagement within the reach of your contact centre