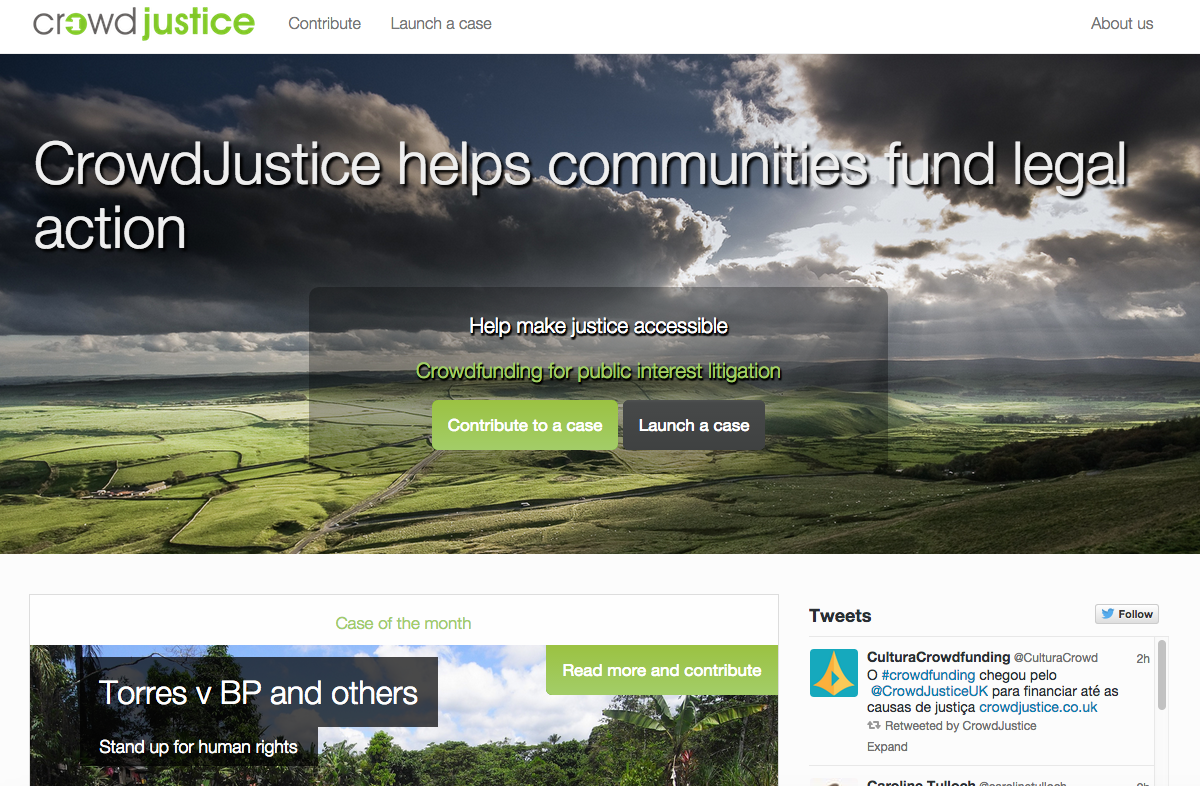 The platform hopes to replicate the successful Kickstarter model with legal cases, specifically for ?public interest litigation?. Salasky said the project would help with cases that would otherwise find it difficult to get funding, aiming provide wider-ranging justice.

?CrowdJustice allows communities to band together to access the courts to protect their communal assets ? like their hospital ? or shared values ? like human rights,? Salasky said. ?Successive governments have made access to justice harder and more expensive but we are using the power of the crowd to try and stem the tide.? The success of crowdfunding has already helped numerous initiatives come to life ? from films such as The Veronica Mars Movie Project, which raised $5.7m in April 2013, to tech like the Pebble Watch and VR startup Oculus Rift. Salasky told TechCrunch she was surprised that a similar idea dedicated to serving public interest hadn’t been developed before. ?It’s funny that it has taken so long for crowdfunding to penetrate the legal world, as everywhere I go to pitch, lawyers are saying, ‘I can’t believe this doesn’t exist yet’ or ‘we’ve been meaning to do that for ages’?, she said. Read more on crowdfunding: The platform would help cases affecting entire communities, such as the closure of a hospital or destruction of a bird sanctuary, along with broader human rights issues. The first case on the site ? Torres v BP and others ? involves a former oil engineer and trade union leader, Gilberto Torres, claiming for human rights abuses against British multinational oil and gas companies, after he was kidnapped and tortured. It marks the first UK crowdfunded case involving a multinational accused of human rights violations abroad. Salasky said: ?In Gilberto’s case, he’s a vulnerable person who is making a claim against UK fossil fuel companies for atrocious human rights violations. It’s an unusual and complex case, but I think it affects any of us who believe in the right of human beings to hold truth to power.? CrowdJustice hopes to address the issue of lack of access to funds being a barrier to justice. It will enable ?communities to come together to fund legal issues that they care about and that affect them,? Salasky added. She believes there has been ?despair? among the legal community at the way access to justice for ordinary people has been ?undermined in the UK over the last few years, and basically that all comes down to funding.? By Rebecca Smith