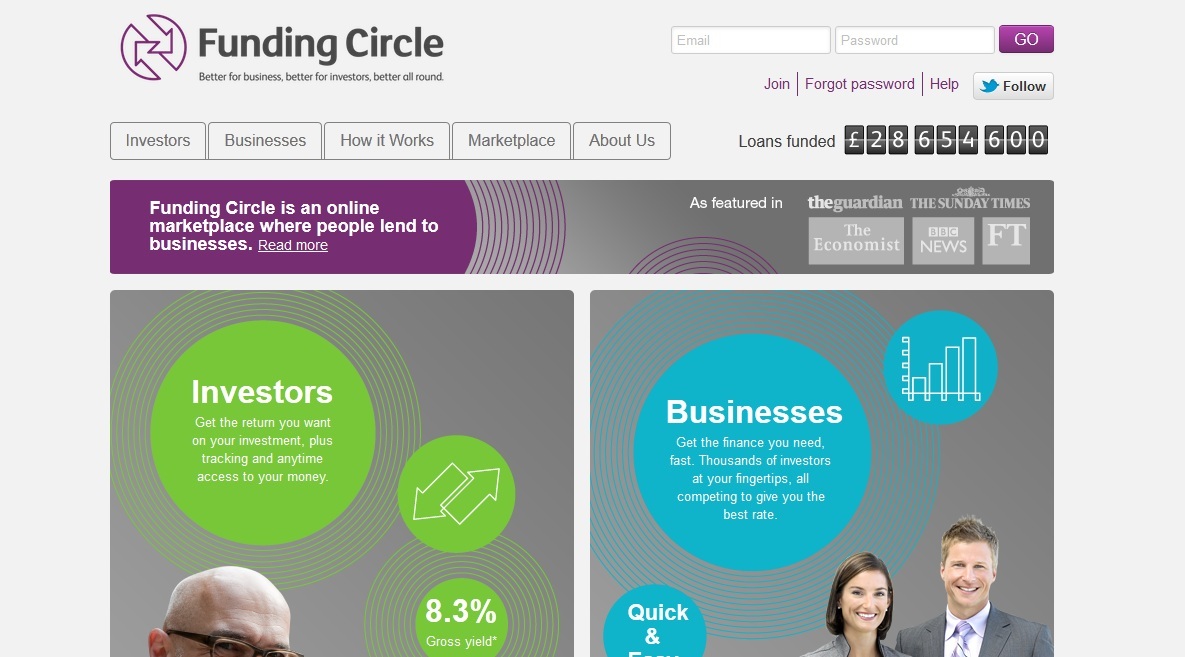 Union Square Ventures, the New York City firm that was an early investor in Twitter, has invested in Funding Circle for the first time.

Index Ventures, one of the original backers of Skype, has stumped up more cash. The £10m fundraising has also been backed by Funding Circle’s existing angel investors, including Jon Moulton of Better Capital, Ed Wray of Betfair, and Carphone Warehouse’s Charles Dunstone.  Funding Circle is an online marketplace connecting small firms to individuals with cash to spare. Businesses have to be at least two years old – and must be approved by Funding Circle’s credit assessment team, drawn from the ranks of ex-bankers. Those SMEs which pass muster can then borrow £5,000 to £250,000 at around seven to nine per cent. The London-based firm was set up by Samir Desai, James Meekings and Andrew Mullinger in August 2010. The trio aim to build a “lasting alternative to banks for small business loans” and have made impressive strides over the past 18 months.  Since launch, more than 650 businesses have borrowed a total of £26.7m through the site. More than 10,000 people have registered on the site to date. Funding Circle – a Real Business Future 50 company – says the capital from this round “will be used to continue to innovate around Funding Circle’s service, increase marketing presence and drive recruitment”. The company wants to double headcount in the next year.  The fact that it has signed up Union Square Ventures, which funds US-based Kickstarter (the world’s largest funding platform for creative projects), hints that the founders plan to expand the model beyond UK borders. In an interview with the Sunday Times, co-founder James Meekings says the small-business lending market is worth about £70bn in total: “I don’t see a reason why we couldn’t eventually get to the stage where we had about ten percent of that market.”