Some things in life are about as predictable as death and taxes. One of these is that the UK’s FSA would oppose crowdfunding if it so much as showed it’s nose over here. After all, it’s an innovation.

Crowdfunding proved wildly successful in the USA in helping get projects off the ground that people actually want to see happen. It’s a new, successful, kind of democratic capitalism.

Platforms such as Kickstarter have provided a new way for people to come together and support projects that interest them at a level – usually a very small level of $10 to $100 or so – that they are comfortable with. Sometimes they get a reward (such as a copy of the product if/when it appears, or a T-shirt etc.) and sometimes just the knowledge that they did their bit towards something they believe in.

Even in a litigious country like the United States – the world capital of greedy lawyers and silly litigation – there has been surprisingly little (if any) carping or attempts to pretend that people don’t understand that the ventures are all speculative to some extent or another. Because it’s obvious. You would have to be a fool in a hurry not to understand that. A fool in a hurry that risked more than they could afford while deliberately looking the other way, in fact.

No one is compelled – or put at risk – other than by their own choice for an amount, usually a very small amount, of their own choosing.

And yet, the FSA think that the British public must be protected from this? Simon Dixon is CEO of banktothefuture.com who are busy bringing a version of crowdfunding to the UK (very, very carefully with more caveats than even the FSA can shake a stick at – so that only a blindfolded and wilfully negligent fool-in-a-hurry could miss the clear, and somewhat overdone – but who can blame them – warnings of RISK when you try to sign up). Simon’s blog warns, “The FSA has given indications that they want to restrict crowdinvesting to sophisticated investors only.”

Or, to borrow Richard Branson’s words, to deliberately restrict it back to being a “rich man’s game”. Restore and preserve the status-quo. This is, of course, as predictable as it is ridiculous. It’s also dangerous for our future. We are already lagging behind the USA in this and far too many similar areas.

It’s the “British way”, of course. It’s up to the bureaucrats to come up with these bone-headed edicts and it’s up to the crowd to make an outcry in the interests of common sense when it gets bad enough. It’s crucial we do just that if we are not to continue to have all our finances and our future governed by an out-of-control and discredited banking sector.

They’re not really protecting anyone from a real risk. If they wanted to do that they’d shut down the betting shops (or restrict them to “sophisticated punters”) and regulate the online gaming industry that exists to ensnare the weak and unwary.

Crowdfunding is a little like a lottery. The stakes are small and self selected. Though there’s significantly more risk of getting something out of it everyone understands that if they get a return then it’s best regarded as something of a bonus. Yet it has inestimably more power to benefit our economy at a time we badly need it. Way more than national lottery.

It’s in nobody’s interest that crowdfunding should be discouraged, let alone ruled against by the representatives of the banking industry – except those who seek to preserve the status-quo. Whatever their vested interests or motives.

So it’s up to us to resist. To provide the voice of common sense – and the common interest. For once we have the option to have a say. What the banks want they make sure they get. Ask Vince Cable. Ask any recent government minister who’s tried to get them to agree to something they don’t find in their pecuniary interest. Merlin, anyone?

What is social media for but to give people the opportunity to say what they think. It’s up to us; if you care, get tweeting. 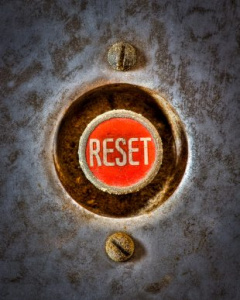 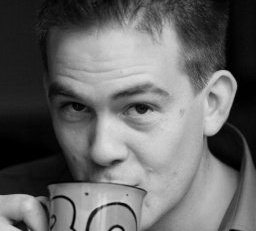