Crowdfunding has recently overtaken equity investment as the largest source of startup capital for entrepreneurial businesses with more than $16bn invested in projects worldwide according to recent industry figures, with growth continuing apace into 2018.

A vast pool of potential individual investors can be tapped into, each with their own personal criteria for investing and with a variety of reward mechanisms to offer them. This represents an excellent opportunity for students to gain funding for small projects, and, as a by-product also gain a range of skills of value both to employers and to an entrepreneurial career.

Crowdfunding can be easier and quicker than traditional funding, as equity investors or grant funders might have long lead times, strict criteria, and projects needing to be of substantial size and potential to be considered. The founders (lack of) experience is also often taken into consideration. Pitching your project on an internet platform can reach out to a vast number of individuals, each of whom is taking a low personal risk in normally investing between £5 and £100 each.

“By pitching their ideas, students are able to gain an excellent range of entrepreneurial skills.”

Payback to these investors doesn’t need to necessarily be traditional dividends or interest payments. Using the reward model on sites such as Kickstarter or Indiegogo, unique experiences such as early versions of a product, concert or performance tickets, or personalised artwork can be offered. These may not cost the founder much money – although care must be taken that supplying these rewards doesn’t become an all-consuming task.

The donation-based model, examples of which include JustGiving (which has grown considerably from being a site for collecting sponsorship), hosts projects where the aim is to create social rather than financial value. Investors are often simply thanked on the website; this is not to be underestimated, however, as in the UK, money raised using the donation-based model rose from about £400k in 2013 to £40m in 2016.

“Payback to these investors doesn’t need to necessarily be traditional dividends or interest payments.”

Small, bite-size projects mean students can test the water by pitching for £1,000 – £2,000 with a realistic chance of success. In fact, despite some of the well-cited examples (Pebble raised more than $20m and the Coolest Cooler $13m), the average successful campaign asks for around only $1,500. Investors seem quite keen on ideas which may emanate from students, with about 20% of all successful projects pitched worldwide being for social causes and a further 15% being for music, films and performing arts.

A glance at some of the donation-based crowdfunding sites such as GoGetFunding or Crowdfunder show pitches ranging from sports teams financing a tour abroad, bands, theatrical performances, fashion shows, art exhibitions, student society fundraising and social enterprise projects. More complex tech projects by students also appear, often listed on equity or reward funding platforms. Prospective students have even crowdfunded fees for their own degree courses, with sites set up dedicated to this – but a compelling backstory is required for success.

By pitching their ideas, students are able to gain an excellent range of entrepreneurial skills. These skills include creativity in developing a credible pitch, developing marketing in standard and social media to generate interest, managing a budget, leading a team – and delivering on a promise.

For a successful campaign, students need a credible idea with an interesting backstory, explaining why the project is so important to them personally, to gain empathy (and money) from potential investors. Asking for a sensible and justified amount of money is important.

A good pitch, often uploaded as a YouTube clip, can give the viewers a sense of your personality, ambitions and drive (and according to data, doubles your chance of being successful). A good campaign can gain money quickly; research shows campaigns with a narrow window of investing of two to three weeks are most successful, instilling a sense of urgency in investors that it’s now or never.

Students’ expert use of social media is also useful for generating interest in the project; however, many potential investors are also now simply browsing crowdfunding platforms for ideas, not just being funneled to your project from a huge media campaign. Whilst data indicates investors are more likely to be local, they could be located anywhere in the world.

The filtering of pitches by platforms to reduce the number of scams, government regulations becoming friendlier and more media reporting of success stories are contributing to the rise in popularity of crowdfunding. However, there are downsides. If you do not reach your target you often get none of the money pledged, and repeated cases of this infects potential funders with “investor fatigue”.

Tech projects should focus on the benefits rather than how it works to avoid copycats and jeopardising patent applications, especially in a university setting where multiple people might be involved in any patent claim.

Universities institutionally are also now taking advantage of crowdfunding, with many now having their own platform – using it as an exciting mechanism for alumni who want to “give back” by investing in the next generation of students. 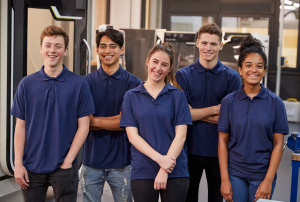