Here we analyse the advantages and disadvantages, and how the threat of forthcoming regulation might affect cryptocurrency.

As an unregulated and decentralised operation operating outside the control of any central bank or government, many have seen cryptocurrency as a real opportunity to embrace a new way of conducting financial transactions. Real benefits include:

• No third party processing fees or interference in the transactional process. Described by many as the closest thing to a purchaser handing cash directly to a seller.
• The ability to have an almost incorruptible audit trail through the blockchain system. This is of value not just for the financial aspects of the business but is increasingly being used to audit stock or freight movements for those involved in supply chain management.
• The removal of some (but not all) opportunities for fraudulent interventions in the transaction process.
• The chance to trade across different countries (and different currencies) without the delays and bureaucracy associated with conventional banking arrangements.
• The means to give greater consumer protection to the misuse of personal data.

However, as with all great ideas there are significant potential hazards. The prospect of criminals hacking into users’ crypto wallets and emptying them. As the currency carries no government guarantees or security this leaves the loser without redress. Whilst still relatively rare the Interpol has suggested a “sharp rise” in offences of this kind. There are different wallets on the market and some are now offering forms of insurance and guarantees against loss. Researching this large and bewildering market before choosing your wallet provider will pay dividends in the long run.

The most significant threat is of course the known volatility of the cybercurrencies themselves. Most astute, risk averse traders, will want to convert their cryptocurrencies back to conventional currency speedily to meet their running costs which may need to be settled by more conventional payment methods and in sterling. There may be of course those with sufficient cash reserves who will choose to leave the crypto in their wallet in the hope of significant increases in its value.

Adding to these potential challenges, is the very real prospect that regulation will be enforced within the cybercurrencies market with conventional banks urging governments and regulators to impose a level playing field. Until now, the Financial Conduct Authority has only applied the regulatory framework to cryptocurrency derivatives and in particular to “contracts for differences” which amounts to little more than spread betting.

Whilst there has been a lack of appetite to engage in wider regulation, moves are afoot in the Treasury and elsewhere to force cryptocurrency brokers to adopt strict “Know Your Customer” systems and to enable them to access the identities of individuals and companies they are trading with.

Many of the more reputable brokers have already adopted this process on a voluntary basis. From recent dealings I have had with a cryptocurrency broker, having taken these precautionary steps has helped allay suspicion that they were involved in criminal activity.

However, there still remains the perception that sophisticated criminals have routinely been using cryptocurrency for money laundering purposes or to trade in unlawful goods on the DarkNet and all businesses should remain vigilant to avoid falling foul of current Anti-Money Laundering regulations. In this regard “Knowing your Customer” may extend much further than the bitcoin broker.

For those involved in international trade, extra care needs to be applied particularly if the trading is in countries such as China where the government has prohibited trading in cryptocurrency.

Whilst there is still a perception amongst some that associating your organisation with cryptocurrency suggests shady dealing there is evidence of increasing acceptance and unless conventional banks recognise the need to change their methodology and reduce their charges, companies will continue to show interest in this cheaper and faster way of doing business.

Stephen Bennett is a highly experienced criminal lawyer, and head of the crime team at award winning solicitors, Gardner Leader 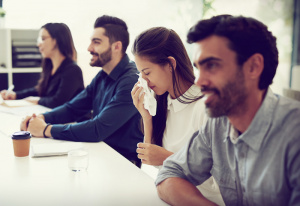 Productivity is pummelled by presenteeism and leaveism 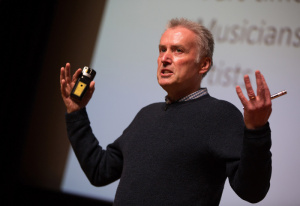