Marketing tactics are continually evolving and from our latest research, we have discovered that peoples’ natural sense of curiosity is playing a big part in encouraging them to engage with brands.

So-called “for your eyes only” (FYEO) messages, which give audiences a sense of importance and appeal to our natural predilection towards exclusivity and confidentiality, have prompted a rise of 48 per cent click-throughs in Spain, closely followed by France at 45 per cent and 34 per cent in Germany.

This tactic didn’t appear to produce the same result with Brits, with only 18 per cent being tempted to open the message. It suggests home audiences are more cynical and wary of phishing and spamming.

Another test we conducted, which measured the percentage increase in customer engagement, showed Spain is the nosiest neighbour in the EMEA area with a 48 per cent boost generated by FYEO emails compared to a 29 per cent jump in France by marketers using the same strategy. In this one, the UK came third with opening rates increasing one per cent behind figures from French audiences.

A sense of importance sparks curiosity

Although Brits are less likely to click through FYEO messages, those apparently intended for someone other than the actual recipient are more tempting to open. For example, when a mock up email entitled “Management Team” was circulated, people in the UK were 28 per cent more likely to open it – their curiosity got the better of them. This was the same for US respondents who reported a nine per cent increase in opening numbers.

So why is this? Well, over the years there have been some fantastic use cases of “leaked” information to drive engagement. Take Krispy Kreme – its launch campaign for a new Nutella doughnut involved the mass distribution of a confidential internal memo for store managers. The fake leak had the brand trending on Twitter within an hour as people speculated about the supposed mishap and began congratulating the brand on a successful launch.

Make it real, not hearsay

As mentioned, marketer trends are always changing and looking for new ways to engage with customers. This has been shown by the fact that the more obvious lures to open messages with gossip-type subject lines have less impact. For example, one entitled “You’ll never guess what happened last week?!” showed recipients weren’t falling for this kind of line. This little nugget of temptation only registered a three per cent increase rate in the UK and five per cent in the US.

So, while the well travelled paths of “behind the scenes” hints and tips have run their course with some EMEA audiences, the reverse psychology of unintentionally sharing a genuine opportunity with the consumer is a welcome reminder that it still takes a human touch to market effectively to audiences. This is why automation solutions are best when paired with great creative inspiration. 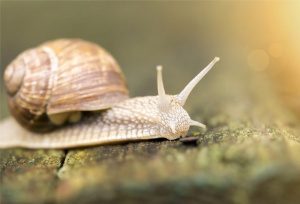