Much has been written about the relationships between the pound, the dollar and the euro in the months since the UK’s vote to leave the EU and Donald Trump’s election victory. While this is certainly crucial information for large and small businesses alike, what about the non-EU European players?

Business owners need to keep tabs on the currencies used in all the countries they trade with, and although that’s easier said than done, it’s important so they don’t get caught out later down the line. With that in mind, exporting experts at World First have put together this handy overview of non-EU currencies for 2017.

The Swiss franc has remained defiantly stout and resolute regardless of the winds that have blown against it. The Swiss National Bank’s policy of keeping the franc weak is very much still in play however and expect that pressures within the Eurozone will cause EURCHF to allow for additional CHF strength.

The Swiss economy is certainly looking healthier than it did 12 months ago with improvements in export performance and investment spending and it is not out of the realms of possibility to think that consumer spending will extend itself in the coming year as well.

In October, the krona was hit hard following the European Central Bank’s decision to hold off on cutting rates although giving a definitive signal that further rate cuts could be coming in a bid to create inflation in the country.

However, Swedish data has been strong coming into 2017 and the overbought levels of USDSEK following the US election and the anticipation of a Federal Reserve rate rise in December both point to a strengthening of the SEK. If inflation expectations hold steady in 2017 then SEK could easily erase its poor performance from the second half of 2016.

A pick up in the oil price towards the end of 2016 has sweetened end of year thoughts for NOK markedly, but there are doubts on the sustainability of the oil price increase and therefore the expression of further krone gains next year.

If, and it is an important if, the wider economy can generate strong non-oil growth and an improving trade balance then the NOK has the ability to outperform the European single currency.

The Danish central bank spent a lot of 2016 intervening in markets in a bid to weaken the krone as investors bid the DKK higher on fears of the UK referendum. Unlike most central banks the Danmarks Nationalbank has only one job; to protect the peg of the krone with the euro and watched the polls nervously.

To its credit, it weathered the Brexit storm pretty well although there has been some volatility to contend with.

There is a limit on how strong the DKK can get given the fatigue of pushing Danish debt yields further below zero per cent, but the DNB will remain nervous as long as London remains a circus. As Europe becomes increasingly circus like we see similar risks emerging for the DKK in 2017. 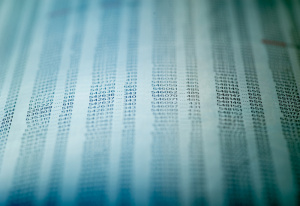