These proportions are likely to further change in the future, but all organisations in all sectors now have to differentiate themselves and compete in the global economy through providing the highest levels of service.

As mobile networks and social media increasingly give consumers unprecedented levels of power over traditional `top down` authorities, relationships have evolved from a monologue to a dialogue. Disaster now faces the supplier of goods or services that doesn’t listen to and act on feedback from those that consume its product.

The ‘switch in a week’ guarantee – a piece of legislation aimed at cutting the time it takes to move current account provider from 28 days to four – comes into place on 16th September. With the hassle that would have previously deterred consumers from switching banks gone, a bad customer service experience could lead to a swift change in financial services supplier.

This move to encourage competition in a market traditionally dominated by the likes of LloydsTSB, Barclays, RBS and HSBC, gives challenger banks, building societies and retailers a real opportunity to increase market share. However, I think it’s a great shame that we have had to call upon regulation, rather than competition, to make this happen. But this could be the catalyst for financial institutions to finally deliver on the promises of their advertising, and put customers at the centre of their operations, acknowledging the emergence of the ‘relationship economy’ that others have embraced with enthusiasm.

In the `relationship economy` value lies in one-to-one interactions and power comes from the bottom up and from the outside in. In organisations, command and control is being replaced by collaboration, delegation and agility. Customer service is no longer a just a buyer/supplier transactional interaction, but is based increasingly on the ability to anticipate and quickly respond to customer needs. Communication is becoming conversation and marketing changing from one-to-many campaigning to constant one-to-one interaction.

The UK Customer Satisfaction Index (UKCSI), a national measure of customer satisfaction from the Institute of Customer Service shows growing evidence of the link between customer service and business performance. This is especially prevalent in highly competitive sectors such as retail where customers can easily change their supplier of choice and information is plentiful about competing organisations. The UKCSI found that retail food organisations, like Waitrose, Sainsbury’s and Aldi, who have a UKCSI score higher than average – have seen average year on year sales growth of nine per cent. This is compared to just three per cent for those with a below average UKCSI score.

This raises some key challenges for retail financial institutions. Banks and building societies as a sector are around the average for customer satisfaction in the UK. However, there is significant variation in the customer satisfaction performance of different players within the industry. First Direct, Nationwide and the Co-operative Bank are currently leading the way, receiving the highest satisfaction ratings in the UKCSI.

In an environment where it is easier and more straightforward for customers to move their current account, the relationship between customer satisfaction and business performance of retail financial organisations will become increasingly urgent and visible for management teams and shareholders. In heeding the lessons of the financial crisis, banks and building societies therefore need not only to ensure their financial probity and stability, but recognise the increasing strategic significance of customer satisfaction.

The UK is plateauing when it should be peaking

Throughout the financial crisis, organisations have cut costs and many have focused on driving customer service in order to retain loyal customers. This has been reflected with the UKSCI customer satisfaction score growing from 72 to 77.9 since 2008. However, the most recent UKCSI research found that for the first time in its six year history, satisfaction in the UK has plateaued since July 2012. With the CBI re-forecasting its growth figures upward this month, a plateau in customer satisfaction could hurt UK plc.

There is no doubt that the UK can become the world leader in customer service across all industry sectors – it’s in a good position to do so. It has already started to embrace the flexibility and multicultural international outlook that is an important characteristic of the relationship economy. Now it must recognise that there is a set of key skills that underpin customer service and, rather than resting on its laurels, develop these continuously.

Having weathered the economic storm, UK plc must continue to drive customer service initiatives – from a board level. Otherwise businesses face losing the momentum they have worked so hard to maintain during the financial crisis.

Jo Causon is chief executive of the Institute of Customer Service 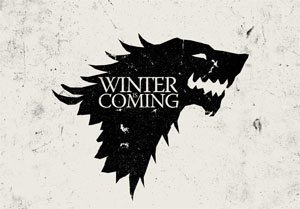 Winter is coming: Brace yourself for energy price rises 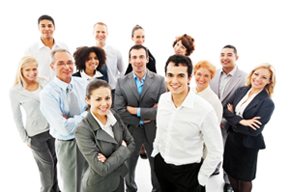 7 crucial ways to help your staff learn and grow