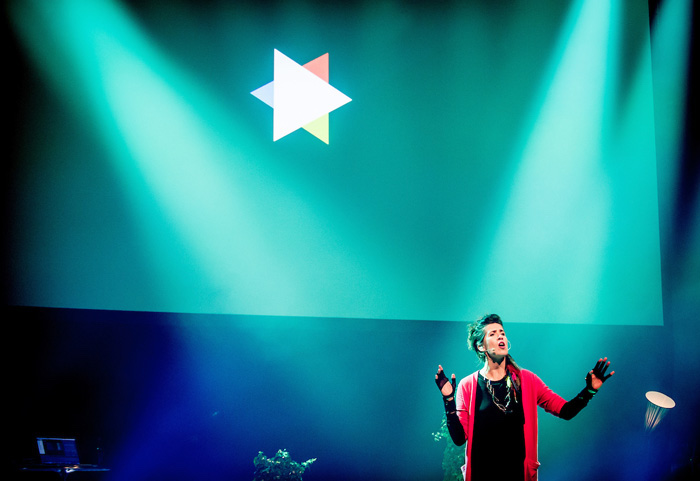 Share via
Every industry is on the lookout for its next great innovation – the application of the right technology at the right time to transform the way the sector operates. Many in the music industry are viewing the blockchain in this way, recognising its potential to revolutionise how music is distributed, paid for and tracked. On the surface, it’s a clever idea – use the technology behind virtual currency Bitcoin to fix one of the longest running problems in the music industry: paying artists fairly for their work and cutting through the Gordian knot that is music licensing rights. The concept of blockchain technology is a revolutionary idea. It uses a clever cryptographic concept to change how contracts between buyers and sellers work, using transparency and distributed networks to bring accountability and speed to commercial transactions. The music industry is not the only sector that faces significant changes from its use: blockchain is already transforming the financial services industry, with Deloitte recently investing in blockchain startup SETL.io to develop applications for the advisory firm. In addition, the UK’s chief scientific advisor has encouraged the public sector to get behind the technology to more securely managing sensitive data. However, the challenge with using blockchain for music isn’t a technological one. It’s a set of interlocking business problems that have been around since the beginning of music licensing. For any blockchain-based initiatives to work, the following issues need to be overcome. (1) Poor data practices Record labels, big and small, have typically failed to keep proper records for the artists they sign. Contracts have always been excessively complicated. There were very few standards and these were often flouted by labels, leaving data entry to interns and IT departments. This, more than file-sharing and Napster, is what brought the global music industry to its knees when music went digital. This doesn’t go away when you move the infrastructure to the blockchain; if anything, it gets worse and will cost millions to fix. This is why most blockchain initiatives start fresh and don’t look back. However, most of the money to be made is in that catalogue of legacy music and the biggest rights holders aren’t willing to share it. This is the toughest problem that the blockchain has to overcome to truly impact the music industry. (2) Coordination between rights organisations globally There are thousands of publishing rights organisations (PROs) worldwide and getting them to do anything collectively is like getting a basket full of sweet kittens to organise a football match. It took GEMA – who represent German rights holders – more than seven years to re-license music on YouTube, leaving money on the table for its members as they wrangled with Google’s formidable legal team. Do you think they are going to move any faster for a startup that is trying to change the way their business works? Pressure from artists and from startups hasn’t been able to get them to move at anything faster than a glacial pace. (3) Consumers’ willingness (or lack thereof) to pay The other elephant in the room is still that consumers assume that music is free. Most of Spotify’s users, for example, are on the “free” tier of the service. Aside from a small but growing group who pay monthly for access, the only people left paying for music are brands and businesses using music to sell other things. Apple, Amazon and Google are all using music as a loss-leader to sell their other products. Synchronization rights – mapping music to visual media like film, television or advertising – is one the few areas where there is still room to grow a music business, and this is probably the best soil for the blockchain hopefuls to plant their gardens. So why am I skeptical about the latest crop of blockchain startups raising money to “disrupt” the music industry? It’s actually pretty simple: most of them are raising money from venture capital (VC) firms. We tend to lionise individuals deemed to be “founders” or “disruptors”, but the issue with blockchain for the music industry isn’t about a single company finding a fix. Benji Rodgers, co-founder of Dot Blockchain Music one of the hopefuls, is also a pragmatic. He’s trying to build a startup on the blockchain technology but he’s also smart enough to know that he can’t do it alone. He rightly points out that it’s about the key players getting tighter behind a firm foundation. A shift like this is akin to getting the world to move to the metric system, which isn’t going to be achieved by a Steve Jobs-like figure building a new system overnight. This is about laying the bricks, mortar and plumbing of a new music industry. It’s going to be a long, hard battle, and the blockchain is not a silver bullet. I’m going to remain skeptical of the technology as a foundation until we start seeing some real industry cooperation in building the groundwork. But the music industry needs it if we’re ever going to have its Gordian knot cut once and for all. Matthew Hawn is head of product at Audio Network.