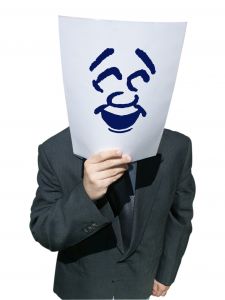 Nearly 63 per cent of applicants provide incorrect information to potential employers, in areas including criminal records, previous employment, educational attainment and membership of professional organisations, according to HireRight research.

Over the last twelve months there has been a steady rise in the level of errors. In the third quarter of 2013, there has been a 12 per cent increase in inaccurate job applications compared with the same period last year. Steve Girdler, managing director at HireRight, said: “The challenging employment market created by the economic downturn has increased the number of inaccuracies in CVs and job applications, yet most businesses don’t check the claims of those they are about to employ. As the economy picks up and there is more movement in the job market, the need for thorough checks should be at the forefront of employers’ minds. Companies who fail to put adequate checks in place risk recruiting employees who are unable to fulfil their duties or, in extreme cases, are intent on harming the organisation through fraud or theft. The area where jobseekers are most likely to make false or incorrect claims is their educational background, which is exaggerated or wrong in 38 per cent of applications the highest rate since records began in 2011. Over a third of people include incorrect details in their employment history and a similar number of people make false statements about their professional qualifications and memberships. Steve Girdler, added: ?Everyone from director-level to the shop floor is capable of lying about anything from their education, right down to their very identity. Organisations are disproportionately focused on external threats, such as cyber security, while paying scant attention to the greatest risk to their safety and reputation properly qualified, professional employees.  “They should stop taking applicants at face value and give the same due diligence to employees as they do to other risks. Image Source By Shan” Schutte