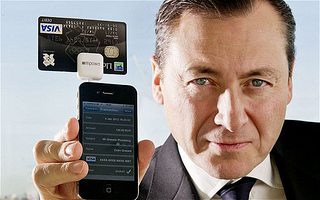 Successful tech entrepreneur Dan Wagner, who has consistently anticipated game-changing technological shifts for ten years, states that it has nothing to do with our ability to innovate. After all, we invented the world wide web. It’s the cultural difference in our start-up industries that is letting the UK down.

“In America, entrepreneurs are heralded as drivers of the economy and creators of both jobs and wealth”, says Wagner. “Here in the UK, where SMEs are the lifeblood of the economy, we seem to have a lack of confidence, which translates into the inability to support the vision of the entrepreneur from a capital perspective. We could spend our entire lives saving up money to start a business and never gain the interest of investors, but when we’re finally off the ground, everyone wants to give you money. It’s an umbrella concept. We tend to buy an umbrella when it’s sunny instead of when it’s raining. That’s the stem of the problem! If there’s no capital, backing or support when businesses really need it, then it’s only natural that British entrepreneurs will sell out. After all, how long do you go on struggling from month to month to stay alive?” So, what is needed to increase our entrepreneurial presence? Wagner has two propositions that serve the needs of new and large businesses alike. 1) “Remove capital gains tax from people who back start-ups. If I’m an investor and I invest in ten businesses, there’s a likelihood that nine will fail. Any time I put money into these businesses, I’m paying 50 per cent tax because of the risk. If only one business is successful, then why am I being taxed again if I make a profit? It’s no wonder that nobody can get seed capital! This solution will unlock capital to flow into Britain and you’ll have entrepreneurs from Europe coming to set up here for that reason. As it stands, if you were to ask a government official, they’d merely mention the EIS and VCT, but what is that? I don’t know what that is nor does anybody in the country, unless you’re an accountant.” 2) “Preventing established UK businesses from listing in America is essential. This is mostly focussed on technology companies as technology is one of the huge growth areas of the world’s economy. But in the UK, an investment bank will have one analyst covering everything!  This means we don’t really understand the difference between certain types of social media or internet publishing and advertising. In America, however, the same investment bank will have 30 analysts, each one a specialist in a certain area. So, given the choice, where would you list? Do you want to go to America where the investment community has been well-briefed and understand the market that you operate in, essentially valuing you better, or list in the UK where there’s a lot of confusion, misunderstanding, and a lack of knowledge? The problem is that investors aren’t researching. You have to create the research to educate yourself and then wait and see which company pops up that is in that space so that you can invest in it. We want to come into a meeting with an investor and say “this is what we do in e-commerce”, to which they would reply, “yes, I understand that”, rather than “I don’t understand, how does e-commerce compare with ASOS?” No, ASOS is a retailer, we run a platform, things like that.” But being able to jump into the unknown of entrepreneurialism, especially during the economic recovery, is a brave feat. Is the risk factor an essential attribute for an entrepreneur to have? Indeed, Wagner believes that most entrepreneurs are comfortable with being uncomfortable. “They don’t see risk or feel stress in the same way that others do. Reid Hoffman, founder of LinkedIn, had a great quote. He said being an entrepreneur was like jumping off a cliff and assembling a plane to save yourself while you’re coming down. So, you actually don’t have a plan to save yourself. But you don’t worry because you know you’ll build that plane and fly away before you hit the ground. This endless confidence of achievement is what allows people to succeed. Your business plan becomes a self-fulfilling prophesy because you force it to happen.” Are there any other attributes necessary for an entrepreneur or do you think it evolves through experience? Among the listed adaptability and fluidity around the original proposition and what ends up being the business, one attribute stands out in Wagner’s mind.  “What we need is the confidence to achieve! Confidence in your proposition and a whatever it takes attitude. For example, if asked to start a sandwich shop tomorrow and nobody wanted to eat sandwiches anymore, an entrepreneur would make that sandwich shop do salads. A non-entrepreneur would close the shop down. More specifically, an entrepreneur doesn’t give up easily and so they would hone their business propositions to meet the needs of the market.” Image Source By Shané Schutte