Facebook’s Mark Zuckerberg plans to conquer some form of frontier each year, with 2017 seeing him travel around the United States to meet as many people as possible. But while it’s certainly a hardy challenge, it doesn’t compare to the tasks these daredevil entrepreneurs set out to accomplish.

If you really think about it, entrepreneurship is much like an extreme sport. You need determination, passion and dedication by the bucketload, and it’s all about the luck of the draw – any one economic factor (much like a natural disaster) can prove fatal even if your business is on a roll.

But there are some people that go above and beyond in proving the correlation between entrepreneurship and extreme sports – so we made it our mission to unearth these daredevil business leaders.

1) No hurdle is too high for this daredevil

Carsnip.com may be a car search platform, but its founder and CEO, Alastair Campbell, is addicted to the sky. On the company’s site, it suggests he was admittedly attracted to the sport due to its perceived risk – and that he wishes he had the power of flight.

“The first jump scared me so much I completely froze,” he said. “If I hadn’t bought ten jumps I would have gone home as soon as I got back on the ground. Getting back in the plane was tough the second time but after that it was nothing but pure adrenaline.”

This experience happened around the same time the company was started, with a 2016 article claiming it helped him get through the stress of starting up shop. “It is the only sport I have done where every bit of focus is on what you are doing. You are not thinking of your website or cashflow. It is so beautiful, exhilarating and adrenaline-pumping that it completely empties your brain and de-stresses you.”

Apparently he now jumps 100 times a year. And in case you wanted to see the daredevil himself in parachuting action, here’s a clip.

2) The digital nomad travelling the globe

Given her love of adventure it’s apt that Amy Truong created travel blog Generic Dreams and travel agency Up and Explore. However, she hasn’t let work bog her down. In fact, by donning the title of digital nomad she sets out to do some daring deeds wherever she can.

In an interview in July 2016, Truong said: “The thing about travelling is that you don’t want to say no to what could be a great adventure. I figured there’s got to be a way to do more of it than just a few weeks out of the year.”

It’s certainly helped her uncover great attractions, helping her befriend those involved with travel destinations and find out those local haunts tourists tend not to know about.

More importantly, it’s given her the opportunity to let inner daredevil shine. She hiked the Stairway to Heaven – a closed off mountain route with danger signs aplenty – and even bribed a few guards to let her traverse an abandoned skyscraper in Thailand.

Read on for the cage fighter and the daredevil supreme 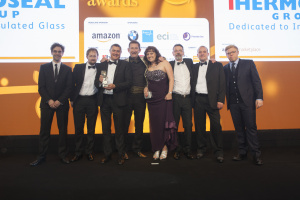 Overcoming challenges to realise the vision of being a manufacturer