In an age when data privacy scare stories hit the headlines on an almost daily basis, it seems surprising Data Privacy Day is needed to raise awareness at all. Indeed, if 2014 was the year of the data breach, then 2015 and 2016 were the years of collateral damage and disillusionment. Now that we’ve reached 2017, ‘The year of anxiety’, customers are in search of safety.

Online crime is on the rise, and at a rapid pace: the annual Crime Survey of England and Wales (CSEW) revealed cyber offences accounted for nearly half of all UK crime in the 12 months to September 2016.

Tesco Bank, Netflix, Yahoo and TalkTalk have been some of the higher profile examples of our time. Not only are criminals intent on stealing funds from bank accounts, they’re also after sensitive customer information and payment details that can be traded through the dark web. The cost of cybercrime can be huge. Norton estimated it at $358 per person and 21 hours dealing with the aftermath.

With a constantly shifting fraud landscape, there is a lack of clarity around whose responsibility it is and how to protect against fraud, which leads to dangers for all concerned. This is one of the biggest reasons for having Data Privacy Day. For bosses, it is impossible to avoid reputational damage and the potential loss of customers if they fail to adequately support their customers in cases of identity fraud. Some 73 per cent of consumers would reconsider using a company if it failed to keep data safe, according to Deloitte.

Equally, the current situation could be regarded as a source of opportunity. Firstly, they can educate consumers about the risks and steps taken to protect themselves. While some bosses may question whether or not this is their job, given the amount of money they lose as a result of fraud, perhaps the question banks should be asking is whether or not they can afford not to address this issue?

By enabling people to make better security and fraud prevention choices that are backed up by relevant and knowledgeable support when things go wrong, businesses can enhance reputation. By consequence, this should increase a customer’s bond and loyalty – and reduce the amount banks pay out in relation to fraudulent activity.

Helping customers to protect themselves

It’s undeniable that customers have a responsibility when it comes to protecting their personal data. Poor privacy practices can increase the frequency and extent of the fraud threat. A study by Telesign research found 54 per cent of people use five passwords or less for online activity, meaning a fraudster can take control of large portions of an individual’s affairs relatively easily.

Last year, Financial Fraud Action UK launched ‘Take Five’, a national campaign that offers advice to help people protect themselves from preventable financial fraud.  The advice includes never disclosing full passwords and the warning signs to look out for in suspicious emails or texts which claim to be sent from a customer’s bank. Simple advice, yes, but sound guidance that empowers customers to be careful and wary about who they disclose their personal information to.

Technology exists today that can take this a stage further. Banks can offer customers additional ID protection services, including public and dark web scanning, social media scanning and cybercrime helplines, to provide even more peace of mind. Clearly, as threats increase and become more complex, customers will be looking for a safe haven and an extra layer of support, whether on Data Privacy Day, or indeed any other day. 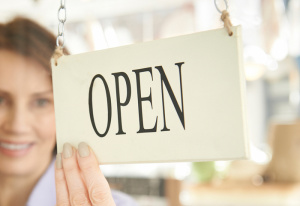 Office for National Statistics numbers good, but more need to be their own boss