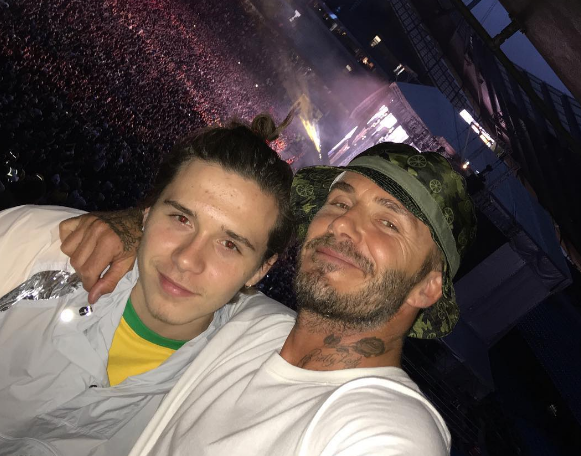 65-year-old Branson wrote a lengthy column in the Mail on Sunday, during which he said trade and travel were a drag before the European Union was formed. However, 41-year-old Beckham, the father of three teenagers, went for a more modern approach – he declared his intentions on Instagram. The ex-Manchester United player has 24.3m followers on the Facebook-owned photo-sharing network and made his intentions to vote remain crystal clear as he explained why alongside a photo of him with former teammate Eric Cantona. Beckham started off by showcasing diplomacy and claimed that Britain will “will always be Great” whatever the result of the referendum and noted each side’s opinions should be respected. Like Branson though, drawing on his own experiences, Beckham added: “I played my best years at my boyhood club, Manchester United. I grew up with a core group of young British players that included Ryan Giggs, Paul Scholes, Nicky Butt and the Neville Brothers. Added to that was an experienced group of older British players such as Gary Pallister, Steve Bruce and Paul Ince. “Now that team might have gone on to win trophies but we were a better and more successful team because of a Danish goalkeeper, Peter Schmeichel, the leadership of an Irishman Roy Keane and the skill of a Frenchman in Eric Cantona.”

He added that he has also played and lived in Madrid, Milan and Paris, working with people from across Europe and the world during that time.

“Those great European cities and their passionate fans welcomed me and my family and gave us the opportunity to enjoy their unique and inspiring cultures and people,” he continued. “We live in a vibrant and connected world where together as a people we are strong. For our children and their children we should be facing the problems of the world together and not alone. For these reasons I am voting to Remain.” On that same theme of togetherness, Branson said the world would rather access 500m people through the EU than 64m in the UK. “That’s not fear-mongering but common sense,” he added frankly. By Zen Terrelonge While Beckham has made his plans to vote clear, Branson is unable to vote, and so is this British businessman who owns UK companies.