David Cameron held forth in Ipswich yesterday in one of his electoral vote winning gambits – or not, depending on your point of view.

He makes a sweeping statement that his goal is “full employment” for Britain. Now for the uninitiated, like most electoral headlines, the listener should not take it as actually meaning what is says.

Full unemployment does not mean everyone in work – indeed it is generally considered that such a state would be economic disaster, leading to huge wage rises and spiralling inflation.

In economic terms, full unemployment means jobs for everyone who wants one – for life. The life part, Cameron makes little allusion to, we must all assume that under a flourishing economy (Conservative of course!) he foresees flourishing businesses that can afford to keep their staff for life.

He aims us to jump up the EU ladder and compete with Germany, which currently leads GB at 74.2 per cent employment. How he hopes to achieve Britain having the highest percentage of people in work of any developed nation is based on similar formulas to ongoing Conservative packages, increasing startup loans for young people and three million more apprenticeships.

It is all very well this pledging to startups, but Cameron’s claim that they are helping small businesses neglects the hundreds and thousands of small and medium-sized firms that have back-breakingly kept the economy ticking over in his austerity years and are even now struggling on the brink of exhausted collapse. Full economy is hardly going to be achieved if possible predictions of up to a quarter of these shut up shop in the coming year.

The pledge plays into the hot potato of immigration, which is growing at far faster than the Tories’ last electoral promise. Few in beleaguered Britain are pro unlimited immigration offering equally unlimited benefits anymore. But for businesses, immigration of skills is more often than not a necessity.

Having been doing a recruiting drive this year, I would estimate that over half the CVs come from existing or potential immigrants from all corners of the earth. Many offer skill sets that we, for one, have not been able to source from born in Britain CV’s. Nor, as it happens, do we have any colleges offering a compatible course to take advantage of Cameron’s apprenticeship schemes.

Labour has kicked in their version arguing that jobs are useless without a rise in the minimum wage. Their electoral pledge highlights an £8 per hour minimum promise which will seem immediately attractive, less so if anyone reads the small print there too, as the time scale is by 2020. Just as well as many businesses would suffer from more immediate pressure to the point of – again, going out of business and therefore more job losses.

The reality here is that the government could do something very real for businesses and the lower paid by adjusting personal allowances or lowering or perhaps even scrapping NI for the lower incomes families.

The problem is that such a scheme is harder to sell in vote-catching headlines and that is all any of the parties are about right now. Both sides need to be very careful in their promises, while headline worthy initially, and will in neither case be of help to many a business nor many of the lower paid. 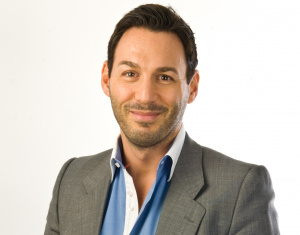 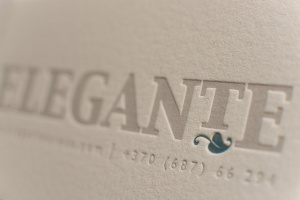 The ultimate guide to business cards: From etiquette to shape and size