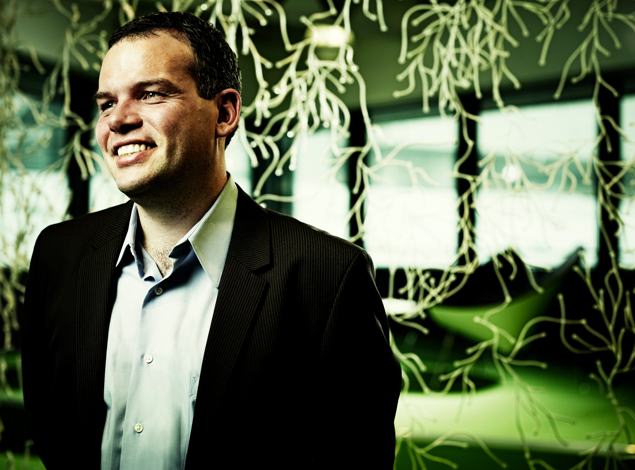 Age: 41 Company: Software firm WANdisco Turnover: ?5m-plus and growing fast First job: My first proper job was at Druid Systems in Chertsey, Surrey, as an SAP consultant. But when I was a kid, I really wanted to have a paper round. My parents were not keen but I eventually got them to agree. After a couple of weeks I understood why they were so reticent ? I absolutely hated it. I still stuck it out for a year or so to try and make a point.  Dream job: When I was younger I was a very keen cricketer, so playing for England in the Ashes would probably have been the pinnacle.  Car: E-Class Mercedes  Economy, business or first class: For flights under five hours, I travel economy class. For long haul, I travel business or first class (usually Virgin Upper Class) for my very frequent trips across the Atlantic.  Most extravagant purchase: My wife would say an expensive sports car I purchased in 2005.  Most-played song on your iPod: “Fast Fuse” by Kasabian.  Best business book: Crossing the Chasm by Geoffrey Moore. I’m not really into self-help stuff but I apply his concepts nearly every day.  Worst business moment: Realising that the venture capitalists who had invested in one of my earlier companies (a) were not completely on our side and (b) actually had control of the business. Not good and an all too familiar story. Never again!  Proudest business moment: Every time I?m able to share in the company?s success and give stock options to my employees. Your business mentor: I don’t really have a mentor as such any more, but Dave Thompson, the founder and chairman of Druid was pretty influential during my early career.   Next big thing: Media distribution is (still) broken. Why should anyone have to go to a store to buy a DVD when we can download or stream much better quality media via the internet? The dinosaurs in the media industry simply don’t get it ? their distribution and economic model must change.