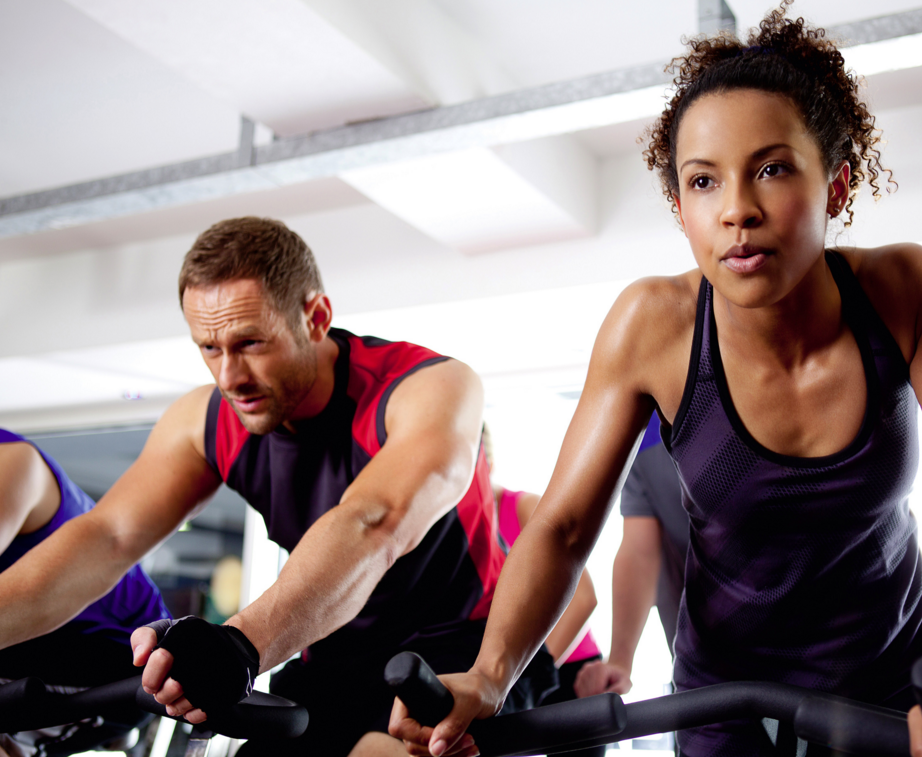 Smart young firms are applying pressure to established companies ? often with tech ? across industries such as finance and property. The fitness sector is no exception to disruptive forces, as we constantly find out in our annual Future 50 initiative.

Barclays Business reported in January that the number of its customers operating a small health and fitness venture had surged by 37 per cent in just three years. And consumer spending is higher still, with 41 per cent growth between 2012 and 2015. It is particularly interesting that small offerings are winning money from customers at a time when the traditional large gym chain sector has never had more variety or competitive options. For example, 2009-launched Pure Gym has secured 650,000 members since launch and has enough capital to open 30 gyms a year. In May 2015, the rapidly growing firm struck a deal with LA fitness to acquire 43 locations and now boasts more than 120 gyms. Its appeal lies with its 24/7 opening hours, low cost monthly fees of ?9.99 upwards and no contracts to tie users in. Set up in 2007, The Gym Group has a similar approach on a smaller scale ??the pair actually planned on merging but the deal collapsed ? and Sports Direct has also got in on the act with Sports Direct Fitness. Comparatively, long-standing Fitness First has prices that vary between ?24 and ?80, while high-end chain David Lloyd prices are at such a premium that the details aren?t listed on the website ? instead, prospective customers are encouraged to enquire. So how does one shake up such an industry dominated by such large opponents? The power of the pioneer

Glynn Roberts is one individual who set out to change the scene a decade ago with?Essex Boot Camp (EBC). The former Royal Marine commando had a goal of getting people into the great outdoors to provide ?understanding that there are better, more enjoyable ways to train other than the gym?. ?I started EBC almost ten years ago before boot camps were heard of and always knew it would become a popular way to train,? he told Real Business. He?s quite right, of course. Many personal trainers across the country have launched boot camp operations, while gyms even provide classes with the boot camp tag. However, the pioneering approach has seen Roberts and partner James Sweeney, a sports scientist, successfully grow EBC to support 2,000 customers a week. The beauty of boutique branding James Balfour is the co-founder of?1Rebel, a London-based enterprise billed as a ?boutique? fitness chain. Balfour told Real Business that he and business partner Giles Dean are particularly keen to steer entirely clear of the ?vanilla design? found in chains, for a whole new beast.

Of course, Balfour is all too familiar with chains ??his father Mike is the founder of Fitness First. He acknowledged his father?s accomplishment in producing something that ?developed an affordable market, which didn?t really exist? and called it a ?fantastic concept?. Having started his career as a stockbroker, Balfour didn?t immediately set out to follow in his father?s footsteps. He quit his post at 24, however, and decided to pursue a dream of climbing Mount Everest. Having accomplished the feat, it was then that he started a gym brand called Jatomi with his old man. ?We did a ?Fitness Second? and, using the Fitness First model, we opened big clubs across Europe, Turkey and SE Asia,? said Balfour, who came to desire something different to an existing design. He continued: ?I saw the trends of SoulCycle in New York and Barry?s Bootcamp, as well as the change in millennial consumerism. I wanted to offer something with a pay-as-you-train option, rather than making people sign 12-month contracts that look like mortgages, bringing together a group that would experience a community environment.?

Balfour left Jatomi to start 1Rebel, which he said would be ?much more relevant than dull, big box fitness operators which are letting people down?. Thus the ambition to launch a ?distinctive brand? the opposite of a ?vanilla design with blue walls and wooden floors? commenced.

The referenced SoulCycle is a spinning club, while Barry?s Bootcamp speaks for itself. Believing that consumers still want choice, 1Rebel comes with three options: Ride (spinning), Reshape (boot camp) and Rumble (boxing). But, at ?20 per class ? unless you buy in bulk ? 1Rebel is not particularly cheap and that?s because Balfour is reaching for a premium audience with a brand he calls ?edgy and luxurious?, describing the club?s design as ?industrial luxe?. On the topic of small fitness ventures in the UK achieving a growth of more than a third across the past three years, Balfour believes that?s because boutique studio classes actually come with ?attractive? prices when compared to personal trainers. He said: ?Look at your typical Fitness First and we?re not challenging membership margins, we?re actually challenging personal trainers. A PT session costs around ?60, but we?re providing the results of a PT within a fun group environment. Based in London, 1Rebel opened its first club in St Mary?s Axe one year ago and followed up with a second location in Broadgate Circle. The quick growth has been achieved with capital from the founders and shareholders, which was bolstered further with ?4.5m from Crowdcube investors across two rounds of ?1.5m and ?3m respectively in 2015.

Interestingly, Pure Gym co-founder James Jack was a key investor and contributed ?300,000 during the second investment. But Balfour is adamant 1Rebel will use its small boutique format as a strength to ?take market share from unfulfilling big box offerings.? With scaling in mind, the goal is to reach ten 1Rebel sites in the next five years at a pace of just two a year. The capital from the crowdfunding campaigns, along with organic profit, is set to pave the way for the growth. As for the target audience, 1Rebel customers ? known as the Rebel Army ? tend to be likeminded; fitness and fashion forward, with eyes on the latest exercise trends.
Boutique, of course, is the latest trend and Balfour thinks there?s still room for many players to join in. ?There can still be many more boutiques and, really, the fitness industry should go boutique. The current fitness industry is built around relying on people signing contracts and not turning up ? if Fitness First is so proud of the product then why don?t they tear up the contract to see who stays? The fact is they won?t,? he said. Continue reading on the next page for the importance of originality in the industry, and the former England footballer out to make a fortune from a US-cum-UK fitness venture. By Zen Terrelonge