Donald Trump is a prolific Twitter user and has sent over 36,300 tweets to date. Not everyone approves of his content though. Indeed, one so-called rogue employee at Twitter had seen enough, and deleted his account on their last day at the social media firm.

Twitter’s initial thoughts were that the deletion of the president’s account, which was down for 11 minutes, was due to human error. Further investigation made it clear this was not the case – a member of the customer support team took it upon themself to digitally silence the US leader.

Earlier today @realdonaldtrump’s account was inadvertently deactivated due to human error by a Twitter employee. The account was down for 11 minutes, and has since been restored. We are continuing to investigate and are taking steps to prevent this from happening again.

Through our investigation we have learned that this was done by a Twitter customer support employee who did this on the employee’s last day. We are conducting a full internal review. https://t.co/mlarOgiaRF

It’s a very significant development. While Trump is not everyone’s cup of tea, Twitter seemingly values his contribution to the network, while his output has resulted in him attracting 42m followers.

However, the fact a staff member could so easily erase him as they walked out the door is a huge breach of trust, and also calls into question just how stringent Twitter’s security really is.

Apparently safeguards have now been put in place, but Trump was adamant the actions of the rogue employee proved he was having an impact.

My Twitter account was taken down for 11 minutes by a rogue employee. I guess the word must finally be getting out-and having an impact.

Update: We have implemented safeguards to prevent this from happening again. We won’t be able to share all details about our internal investigation or updates to our security measures, but we take this seriously and our teams are on it. https://t.co/8EfEzHvB7p

What can companies do if they find themselves with a rogue employee though? Especially one that has already worked their notice and left the building? More importantly, how can they avoid an embarrassment that Twitter has had to suffer.

Leon Deakin, partner and head of the employment team at law firm Coffin Mew, told Real Business: “The revelation that Donald Trump’s Twitter account was taken down by a disgruntled Twitter employee is a perfect example of the risks employers run when staff with access to sensitive information or with the ability to do harm to the business leave.

“Indeed, under UK employment law when a departing member decides to become a rogue employee and fire off some form of parting shot there is often little the employer can actually do about it other than apologise to the affected parties and do as Twitter appears to be and ‘conduct a review’ whilst expressing contrition.

“Unless the action results in some form of financial damage to the employer which it can evidence and quantify, the options tend to be extremely limited. Certainly, if the employee was leaving imminently anyway or happy to part company, firing them is pretty impotent.”

Deakin noted that the employer could refuse to give the rogue employee a reference or highlight the trouble they caused if they do provide one, but believes that’s unlikely to have much impact. Additionally, it’s rare situations such as these can result in litigation.

“This Twitter employee might’ve had ambitions of becoming an ‘internet sensation’ and boosting their profile with non-Trump supporters with this petty parting act – embarrassing their former employer into the bargain, but incurring relatively little punishment,” Deakin added.

“Having said that, getting on the wrong side of the president of the United States may well carry more clout than any litigation or workplace sanction could!”

Natasha Holloway, head of digital brands at Hotwire Global, also gave us her thoughts on dealing with a rogue employee. Indeed, she thinks it should ring warning bells to business leaders when they know staff are leaving, as their actions could result in a crisis to manage.

“Unfortunately for Twitter, this recent incident has also hit headlines across the globe, sending its crisis communications team into overdrive over what could have been a preventable situation. When it comes to a crisis, prevention is better than cure and business leaders need to take heed,” Holloway insisted.

“In a bid to prevent a potentially large crisis and prevent themselves from coming under threat, it is vital for organisations employ methods – such as a social version of  gardening leave.

“When social media employees resign or have their employment terminated an immediate plan of action should be taken to revoke access to social platforms and sensitive information.”

She insisted that social media is an asset for companies to engage with customers and partners, yes, but cautioned that it is a threat if there is a rogue employee at the controls.

Looking beyond the Twitter disaster, Holloway referenced a scenario that unfolded at HMV when it failed to revoke access to staff.

“Take HMV for example, which learnt the hard way about removing social media access when the firing of 60 staff led to an unsatisfied employee live tweeting the ‘mass execution’,” she said.

“Not only did the hashtag #HMVXFactorFiring start trending but the brand’s dirty washing was aired online for over 20 minutes, all because it didn’t look after its social media platforms properly.”

Julie Lock, service development director at MHR, recommends that the offboarding process at a business includes sending a real-time notification to the IT team once an employee has been assigned a leaving date.

“Every IT department should have a risk assessment of their systems. When notified of a leaver, IT should review what access the employee has to the organisation’s system and, dependent of the risk evaluation, take the appropriate action,” Lock offered.

“Where the person leaving is known to be unhappy with their employer, extra precaution should be taken, such as restricting access, changing access to view-only, and in some cases removing access prior to the leaving date.”

A rogue employee in payroll could cause all kinds of havoc, for example, so their system removal entirely could make more sense than even offering view-only access.

“Remember, any external touch points are opportunities for a rogue employee to upset customers. This action can be critically brand damaging and in some cases lead to financial or business loss and reputational damage,” said Lock.

“An example like Allied Bakeries in 2006, where disgruntled employees stuck shards of glass and a hypodermic needle into bread packs at its bakery, the Food Standards Agency (FSA) got involved and millions of packages of bread had to be recalled.

“Not only do disruptive actions from an employee highlight what they did, rightly or wrongly, it may also call into question what the culture of an organisation must be like to push an employee to such extreme actions.”

However, should a rogue employee present themselves in your business, it’s important not to go all guns blazing, Lock said.

“Fairness and compassion must be applied and ensure any cases of disgruntlement are investigated and that, where required, improvements are made,” she said.

“Conduct proper exit interviews. It should not be a simple tick box HR exercise, but should be an opportunity for an employee to have a neutral conversation that focuses on continuous improvements and lessons learned – this could also leave a door open for the ex-employee to return to the organisation in future; if appropriate.

“There are also considerations to be made for the way the exit interviews are run. It is preferable that they are executed by a neutral party.”

I think it’s safe to say the Trump-bashing rogue employee from Twitter won’t be back, but maybe this will be a valuable lesson to the social network and business leaders worldwide. 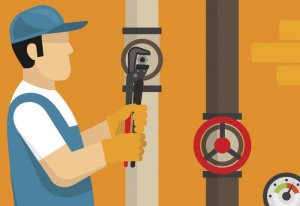