Futrli, a business forecasting tool, is a modern, cloud-based business. We caught up with co-founder Amy Harris to hear how this tech-savvy brand navigates its supplier contracts.

We’ll be interviewing lots of different British SMEs throughout 2017 as part of our “Choosing the right supplier” hub, produced in partnership with Total Gas & Power.

Futrli is an all-in-one forecasting and reporting tool that aims to give business owners the insights they need to take it to the next level. It can provide live business plans, cash flow forecasting, performance tracking and KPI analysis.

“Futrli is about getting tomorrow’s insights, today,” said Harris. “What we’re really trying to do is help businesses to forecast so they know where they’ve been and where they’re going.

“It’s not just cash flow forecasting, although that’s a huge part of what we do, but it’s also about creating an actionable business plan so you can take those insights and start to use them for informed decision making.”

According to Harris, the key is to have all of the pieces of the puzzle in one place – she cited an example of a client in the North of England that runs three bars. The owner had been using spreadsheets, and found that he no longer had much time to work on the direction of the business itself because he was trapped doing laborious tasks.

Futrli worked with him to create dashboards and insight areas for his bar managers – they can now log in and see all their predictive indicators and see how the business is trending on a daily basis.

Futrli has offices in Brighton, London and Sydney Australia, so sorting out its suppliers for telephony, broadband, gas and electricity meant starting from scratch each time.

“It wasn’t very easy. Getting your insurance, making sure you’ve got your broadband coming in and your telephone lines, one of the things we did with the telephony system was to go cloud. We used a company called Natterbox for that. We can make internal transfers as a global company which is nice,” said Harris.

Unfortunately, it wasn’t all plain sailing. Harris explained: “We had a bit of a nightmare story – it’s all sorted now, but BT accidentally cut off our fibre line coming in to this building. So I’ve got a sales team here in London, they’re all hitting the phones and connecting with customers and the phones went down.”

“I called my provider, and I was getting stuck in a loop. In the end I was talking to the CEO of the business trying to sort it out.”

BT claimed it didn’t have any more supply because there was a waiting list in the area, and the next customer had been connected. There was a point when Harris believed the company would have to move offices.

Futrli was still able to make use of the cloud solution it had installed, which is lucky as the debacle continued for about six months.

“They were very good in the end – I was talking to the head of complaints and had their mobile number. They pushed it through and got a resolution that we were happy with.”

All’s well that ends well, and luckily Futrli was not badly affected by this mishap. However, Harris was keen to stress that, although there are 40 people in the business and they all wear lots of hats, there is no IT team or anyone directly responsible for phone lines and supplier contracts. This is often the case with smaller businesses, and it can make it challenging when something goes wrong.

The SME approach to supplier contracts

As with many small businesses, the person in charge of organising supplier contracts is whoever picks it up. Harris organised the London and Sydney offices, and her business partner organised the Brighton office.

At the time, Harris used a price comparison website to find suppliers for everything, but once she had an idea of who she wanted to go with she took some time to look up their site a do a bit of research.

“Setting up a business, Google is your friend,” she said. However, she did try to avoid spending too much time on it, as there were other more pressing priorities. “We just got set up and cracked on really.”

Convenience was the most important factor for Futrli initially, followed closely by cost. Harris said that a supplier being environmentally friendly was also an important factor, but that it’s something she would expect from them. The ideal supplier for Harris is “somebody who’s fast and reliable”.

“I just want the service and I don’t really even want to know that they’re there – they’ve got to be in the background because the service is so good,” she said.

So far, Futrli has not switched suppliers for any services, and although Harris acknowledges that as the business grows it will probably need to appoint somebody to take on the hat of supplier contracts manager, her outlook for now is simply, “if it’s not broke, why change it”. 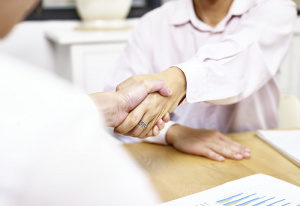 How to negotiate as a business rather than a consumer 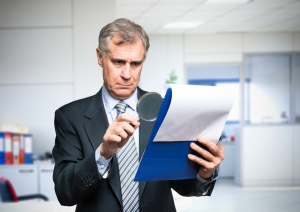 Finding the right supplier: A new series for 2017