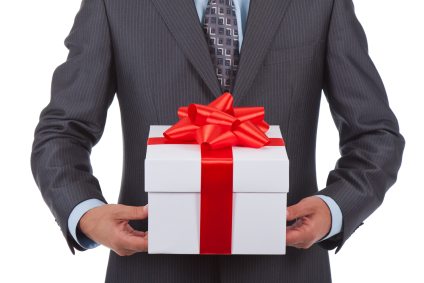 2012 has been a tough year for businesses up and down the country. The UK economy has flattered to deceive – with more dips than a roller coaster ride – and promises to be a bumpy ride ahead.

Here is my christmas list, Santa – and I hope you are listening – businesses need all the help they can get.

A thawing of the economy

The economic barometer has been fixed on cold for sometime now. I don’t expect you, Santa, to warm things up sufficiently to deliver the miracle of strong growth. If you can spread a bit of festive cheer – more importantly, confidence – then things might begin to look up in 2013. If big businesses can see light at the end of the tunnel, they may stop sitting on their hands and cash, and invest in people and production for medium-term growth. With a fair wind, 2013 could be a turning point. If confidence grows, so will employment and demand.

The government has not got much financial strength to flex its economic muscles. By acting now, there are some simple ways to create a fitter economy over the next few years. Cutting business rates, national insurance for hiring young people and corporation tax for small businesses are well overdue presents.

An end to European dithering

Businesses love certainty so they can plan properly and invest sensibly for the long term. In 2012, the European political shambles created uncertainty – for both importers and exporters – and stifled growth. European leaders are still papering over some gaping cracks. I hope the European recovery plan becomes much transparent in 2013. Some clarity in how the euro zone story will play out, even if it is a long saga, will remove a cloud hanging over many businesses.

I am not a big fan of Government intervention in business – most entrepreneurs will tell you less is definitely more when it comes to growing an enterprise (especially less red tape!). However, the government can have a positive influence in several ways. It talks a good game on procurement. The reality is that too few small businesses are benefiting from public spending, with the usual suspects getting a lot of the work. Barriers to entry need to be taken down and fair competition can create better buying decisions. We all know about the lack of business lending. Businesses require supply, big banks claim a need for demand from strong businesses. The time for talking and posturing has long gone. If the banks are not going to lend – and they would have done by now if they were serious – the government has to step in and accelerate plans for a business bank. We should start promoting and adopting alternative lending sources rather than talking about it

Power and fuel are major costs for any business. I can only hope these costs are kept under control in 2013 as inflation could threaten a fragile recovery. If the market continues to be so distorted by forces that baffle businesses, then regulation may be a necessary evil.

I would like to see 2013 as the year that we really inspire the next generation of entrepreneurs and enter a new era of innovation. I would love to see more business skills taught at schools and universities. Our children face an uncertain employment future. Getting them better prepared for the world of work and connecting them to businesses at an earlier stage is vital if we want to get Britain working. Santa, I know I am asking a lot, but if you can help I promise to be good and do my bit to help businesses and entrepreneurs grow next year. Andy Yates is an entrepreneur and director of Huddlebuy.co.uk, Europe’s largest business money saving site.