After a turbulent year, the next 12 months will be even more challenging as Brexit, the gig economy and pay dominate the labour market – the former being addressed in our December 2016 economic statistics roundup.

With the fall of the pound and slowing inward investment, “the single biggest thing the government could do to help during this time would be to give businesses greater certainty over the direction of travel, the residence status of migrants already in the country and the likely extent of restrictions on new flows of migrants,” the CIPD’s acting chief economist Ian Brinkley explained.

Tackling at least some of the worries UK business owners have would go a long way as there are far more hurdles on the road ahead – Brinkley cited slower economic growth, increased unemployment, fewer new jobs and a lack of pay rises for most as topics to look forward to going forwards.

“Overall, employment stopped growing between May-October 2016 and this trend of very weak job growth has continued past December and into 2017. Also, against a backdrop of anticipated higher inflation, real wages are set to fall.”

Meanwhile, the ICAEW is of the belief that the number of businesses exporting has remain unchanged in the last two years despite the government’s £1tn export target – the number of exporting firms being stuck at 53 per cent. It is also revealed in our December 2016 economic statistics that 96 per cent of non-exporters don’t plan on starting any time soon.

With that information combined, and taking into account the view of 5,500 entrepreneurs from a Sage report, it’s no surprise British companies are concerned about the global economy. Some 61 per cent claimed a trickle of changes had already hit the UK for better or for worse.

This has translated into business confidence being lower in Britain than in the rest of the world, Sage explained. Currency fluctuations, bureaucracy, the lack of relevant skills and access to funding were all flagged areas that could suffer knock-on effects from the Brexit vote.

“We say it often,” claimed Jacqueline de Rojas, MD of Northern Europe at Sage, “entrepreneurs and business builders are the powerhouse of the UK economy.” But the research, she further added, shows our lack of stability is having a negative impact on confidence, and potential currency fluctuations over the next six months could prove to be a significant barrier going into 2017.

The December 2016 economic statistics thus serve as a reminder that much support can still be given to business owners, as well as for companies they’ve created. And it’s not the only area proving to be a headache for the UK – in a literal sense.

Find out what else our December 2016 economic statistics roundup uncovered 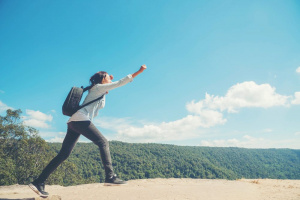