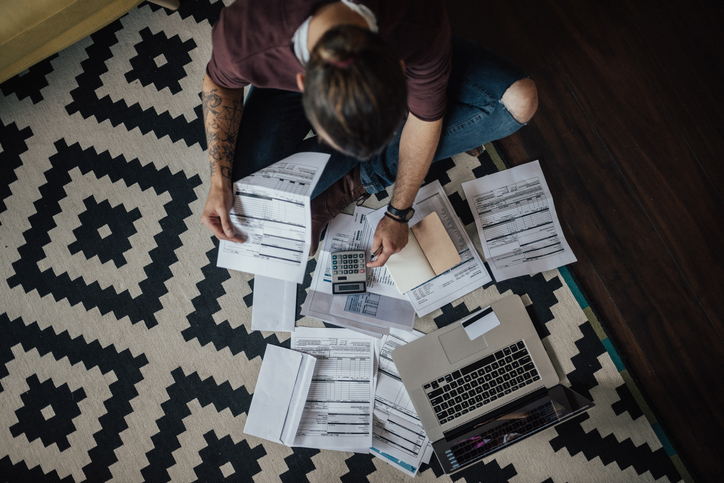 Share via
December news shed light on a particular topic debt. Household debt hit a new record,?rising to £15,385 in the third quarter of 2018. This is up ?886 from 2017, according to TUC. “Years of austerity and wage stagnation has pushed millions of families deep into the red,” it argued.

UK investment remains just as low and workers have too little power to bargain for higher wages.

Some 20% would find it difficult to immediately pay an unexpected bill of £20, without assistance from an external source. A?Hastee Pay report suggested, however, that it was to be expected, given that early pay in December left workers five times more likely to rely on credit. The concept of Brits having less money to spend was a topic expanded on by The Economist. It explained: “Real wages have not grown. Since April 2016 the government has frozen, in cash terms, most working-age welfare benefits. Higher inflation, caused by the Brexit-related depreciation of the pound, has eroded Britons” purchasing power.” But Brits aren’tAlone in feeling the wrath of debts.

More companies are now only able to pay interest on debts, not the original debt itself a potential sign of a so-called ?zombie business?. This is a company surviving thanks to low-interest rates, but which otherwise might not be viable.

“Zombie businesses are often linked to lower levels of productivity within an economy,”insolvency and restructuring trade body R3 said.

“They do not have the available capital to invest in new operations, products, or services, while the investment tied up in them is denied to other, nimbler companies.” This type of debt stems from late payments. Stuart Frith, president of R3, claimed: “Tougher trading conditions and much uncertainty over the future of the economy have contributed to a significant chunk of UK businesses finding themselves stuck in ?zombie business” mode. “These businesses are capable of ticking along, but growth and increased productivity improvements are out of their reach for the time being. On the one hand, this means thousands of businesses are stuck in a position where they?ll struggle to deal with external shocks. “This presents a problem if they all were to become insolvent at the same time. On the other hand, you have a significant proportion of businesses which are tying up investment and staff which could be used by more productive companies elsewhere in the economy.

“Economic uncertainty is contributing to businesses treading water, with some building up stock to safeguard against future risks such as the UK leaving the EU without a deal next March.

“Investing in the stockpile puts pressure on cash flowAnd investment in other areas, while large stockpiles will take time to turn back into cash and are at risk of obsolescence.”