The Centre for Economics and Business Research (CEBR) was recently commissioned by Hampshire Trust Bank to identify UK SME growth trends, unveiling a mixed bag of good and bad findings in terms of SMEs being able to secure finance.

“CEBR states the reason for the previous decline in SME lending is two-fold,” Hampshire Trust Bank explained. “A tougher lending criteria set by banks has meant that SMEs wishing to borrow have been unable to do so. On the other hand, some business leaders have reduced their investment intentions and their need for borrowing, partially as a consequence of an unstable economic environment.”

For declining lending figures across the ten cities view the below chart:

But there’s good news to be had for those looking to secure finance. Some 58 per cent of SME owners are confident this will soon change – they will secure finance over the next 12 months, they said. SMEs in the North East and North West are the most positive, with 70 per cent feeling confident compared to the 60 per cent in London.

This comes alongside BBA research suggesting SMEs looking to secure finance will be on the rise in 2017.

Nina Skero, managing economist at CEBR, said: “With SMEs across UK’s top ten cities forecast to contribute £217bn to the economy by 2020, the study highlights how vital it is to nurture the optimism business leaders are demonstrating if they are to continue to be the engine room of the economy. After all, despite the confidence displayed by SMEs about securing finance in the future, the past data shows a steady decline in lending. We expect the importance of smaller firms to the country’s economy to increase in the coming years and hope this research will inspire business leaders across the UK to invest in their growth strategies.”

Also, Mark Sismey-Durrant, CEO of Hampshire Trust Bank, claimed larger lenders dominated personal and business banking for too long. He said:  “This has had a negative effect on SMEs, which often do not meet the lending criteria. However, SMEs are right to be confident about the future as there are different finance providers out there, away from the high street banks, which are able to support smaller businesses with their expansion aspirations.” 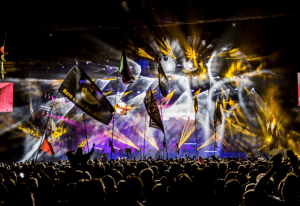