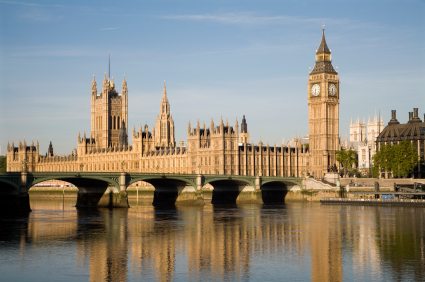 Since the turn of the year we have seen several examples of the racket which is big government. The latest is the Chris Huhne fiasco. Before that we had Nick Clegg, trying to justify sending his son to a private school for £23,000 a year without blinking an eye, despite being a vociferous supporter of state schooling. He argued that the different standards between the two is “corrosive” for our society and “damaging to our economy.”

Still, with the Lib Dems but in cahoots with Labour, how about playing politics by fiddling with the boundaries of electoral constituencies to reduce Conservative supporters?

Are the Conservatives any better? Certainly not John Bercow, the Chief Whip who thinks that members of Parliament need a 30 per cent rise in their salaries, austerity or not. And certainly not George Osborne, who announced in 2007 that a Tory government would raise the Inheritance Tax threshold to £1m, now aimed at 2019.

How about the burying of bad news by crowding it out when something big presents itself? The news that £1.17m was splashed out to top civil servants, ministers, actors and business leaders to watch the Olympics for free, was buried during the Algerian hostage crisis. Furthermore, the figure excludes top senior ministers, such as David Cameron and Nick Clegg.

Moving on, the non-problem of same-sex marriages has caused a rift in the Conservative Party. What else is being crowded out? How about a referendum on the EU now, instead of 2017? The EU’s countless edicts include same-sex marriages – a fact ignored by Cameron and other highly principled leaders.

Similar government-loved ISMS, such as hotel owners refusing to accept same-sex couples and airlines refusing to let cabin staff wear a cross or unusual head-gear, mean that the government lay down the law simply because it wants to and can.

Nowadays, it will lay down a fearsome regulator. Welcome to the world of government-appointed regulators. Such intervention is a whole new ball game, set alight by the assumption that privatisation in the 1980s, such as railways and utilities, would need steering to avoid consumers being ripped off. What did the government do? It created nationalised regulators to make up for privatising the utilities!

State regulators boomed; masses of quangos, a whole load of regulators such as Ofsted, Ofwat, Ofcom and Ofgem that started with “of” and another load starting with “Office” – the Office of Fair Trading and Office of Rail Regulation. Then we have “Authorities,” such as the Advertising Standards Authority and “Agencies,” such as the Food Standards Agency, spending over £100m pa.

In the horse meat fiasco, Cameron went straight for the retailers’ jugulars, not only ignoring the failings of both Defra and the FSA, but also unaware of yet another EU arm-lock, namely EFSA (European Food Safety Authority). The same goes for other regulatory bodies that are supposedly guarding the interests of consumers. What on earth happened to caveat-emptor?

It’s not just that regulators are corrupt and “not fit for purpose,” but these regulators have virtually displaced far more sensible alternatives of private regulators. You only have to read Which magazine or look at internet companies like confused.com to realise the scope. Once upon a time there was plenty of private regulation, but most UK private watch-dogs have departed as the State has taken over. They set up hordes of State regulators, many of them massive, and each with a single dictator rather than a democratic board at the top. They come at a huge cost – over ten per cent of GDP, about the same as income tax, and some terrible failures which included the Financial Services Authority and the Food Standards Agency.

Meanwhile, Cameron is about to impose minimum prices for alcoholic drinks that will be a regulatory disaster – a watered down version of the Prohibition. Doesn’t he know that one of the few private regulators left is the Portman Group? Set up in 1989, it was founded by a group of UK drinks producers in order to tackle the social problems associated with alcohol misuse. It has a code of practice and offers a free and confidential advisory service to help ensure that companies comply with the Code. Another lonely survivor is the British Standards Institution, which offers Kitemarks.

But what does Cameron care? It’s time that he stopped swanning around the world and did something about his beloved NHS – a fallen idol, and ditto for the BBC.

He should also realise that big businesses are corporatists and great believers in State regulations. Why? Big businesses spread regulatory costs easier than large ones can. So, there will be precious little help for true capitalism and enterprise from that quarter, any more than from this ignorant and self-serving government.

Ed Miliband has kept under the radar since he became leader of the Labour party, but the omens are not good. He is hooked on a mansion task. He entered the recent spat on electoral boundaries and a lot of his time seems to be spent trying to swat away allegations that he is a rich man. No doubt he’s not in the Cameron or Osborne league, but it’s clear that he’s closer than most of us, as indeed are most MPs who look forward to pensions at levels most of us can only dream about.

The simple fact is that we are governed by a political clique which has little, if any, interest in “we, the people.” Absent a constitution which guarantees that most areas of life are not open to government meddling, the government will increasingly call the shots and destroy the lives of its subjects.

All is not quite lost, thanks primarily to various high quality think tanks such as the Institute of Economic Affairs, The Adam Smith Institute and the Taxpayers Alliance. Such beacons are poles apart from the politicians, most of whom spend their time deceiving us as we hurtle faster towards a totalitarian state.

Terry Arthur is the author of ‘Crap – A guide to politics,’ a financial regulation fellow of the Institute of Economic Affairs and a Fellow of the Adam Smith Institute.