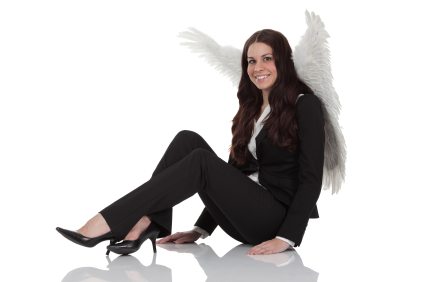 That’s a meagre number when compared to the percentage of females expected to be millionaires by 2025: 60 per cent. With such small figures, it’s no wonder there’s a lack of awareness of successful active female angels.

The same can be said for the venture capital scene, where only one in ten investors are female.

Sally Goodsell, regional manager of Angels Den in the south-east, suggests that the lack of investors stems from the “widespread misconception that angel investing is the preserve of the super rich. In fact, somewhere in the region of ?20,000 a year makes for a sufficient starting point.?

But investing ?20,000 in a single opportunity is still considered a risk. Women could simply be more risk adverse and prefer to invest in safer opportunities. The Hunter Centre for Entrepreneurship found that, indeed, half of all female angels will only invest in an opportunity alongside others where 79 per cent of men would gladly invest on their own.

Bev James, founder and CEO of the Entrepreneurs’ Business Academy, said: ?So, convention says women are less likely to want to become an angel and if they do, they’ll take much longer over their decision-making.?

Although the number of women starting their own businesses is levelling with that of their male counterparts, women-led exits have yet to increase. Goodsell explains that ?with exits come cashed-out entrepreneurs looking to invest. We’ve seen very few women cashing out their businesses, and women who have inherited their wealth aren’t as interested in becoming business angels.?

Nesta figures suggest that cashed-out entrepreneurs make for more successful angels, especially when it comes to early-stage investment. Such entrepreneurs have garnered enough experience and confidence to invest in others – the latter of which still seems to be lacking in business women.

More female angels would certainly improve the chances for women-owned businesses, who are less well-financed because they borrow less and are invested in less. A wider pool of investors would encourage an increase of both female entrepreneurship and investors, especially since the business world is slowly becoming more feminine.