Worrying figures from the latest Investec Entrepreneur Confidence Index: only one in five entrepreneurs believe the country is an attractive place to launch a new business, and up to 15 per cent are planning to shift their UK business operations abroad. Still, as a whole, the index rose by two per cent since December last year.

The research, which polled entrepreneurs with a £1m+ turnover in association with the Entrepreneurs’ Organization, found that only 52 per cent expect the UK economic environment to improve over the next 12 months. Only 4 per cent expect it to grow greatly, while 27 per cent believe it will get worse and 21 per cent see no change at all.

Investec Specialist Private Bank and Entrepreneurs Organization held a panel to discuss the results – most entrepreneurs remained positive that there were still opportunities available.

“This is where the opportunities will come,” said Keith Curran, a serial entrepreneur who founded Yes Telecom and previously worked at Caudwell Group. He remains upbeat: “This is the time to build businesses and make good future investments. Entrepreneurs take a situation and make what they want of it.”

James Layfield, founder of Never Ever Limited – we wrote about Layfield last week – agreed: “There are opportunities out there because of the current situation, not in spite of it.”

Investec’s research found that nine out of ten entrepreneurs expect revenue from their UK businesses to grow over the next 12 months with one in three expecting growth of over 20 per cent.

Investec’s Ed Cottrell added that despite the economic uncertainty, the research shows that entrepreneurs continue to have high hopes for their own businesses, but warned that it wouldn’t all be plain sailing.

“Alarmingly, one of the biggest obstacles holding them back could be access to funds, so financial services organisations need to take a flexible approach and give strong businesses the support they need.  There is also much to do in terms of making the UK a more attractive environment for businesses, both from a regulatory and a tax perspective.”

This echoes with other polls and research out there. New research from business software and service provider Sage UK, released today, found that more than one third of UK SMEs have been declined a bank loan in the past three months.

The Sage UK Omnibus surveyed 1,500 SMEs from Sage’s 800,000-strong UK customer base in May. It found that 34 per cent of UK SMEs who attempted to borrow money from a bank had their loan application declined, while 58 per cent of those that were given a loan found they weren’t given an attractive rate.

“Although we’re seeing a general improvement in sentiment for the UK economy, we’re still in a very fragile position and we need to ensure that everything we can do to support entrepreneurs is being done,” Dr Sally Ernst, president of the Entrepreneurs’ Organization in the UK, told the Investec roundtable. “Entrepreneurs have a key role to play in both wealth and job creation as well as the country’s economic recovery.” 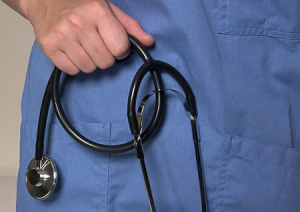 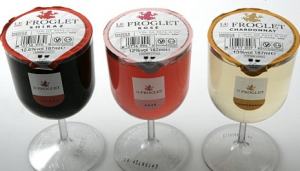