Given these statistics it isn’t hard to see why the government would want to increase early intervention when it comes to health problems, which is one of the reasons behind the creation of the Health and Work Assessment and Advisory Service.

In a previous article, Kate Ledwidge, employment lawyer at Taylor Vinters, said: “The Service is likely to be of particular benefit to employers who do not already have existing OH arrangements in place, and the schemes have certainly been well-received. At the very least, the Service is likely to address the issue of employers receiving fit notes from GPs, sometimes for significant periods, that simply provide a one word diagnosis (such as “stress”) with little else to help employers facilitate a return to work or understand the realistic timetable for doing so.

“The assessments should help employers to take informed decisions about employees on sickness absence, including the need for any reasonable adjustments to help address the risk of disability discrimination claims,” she explained. “It is hoped that the referral system, and clear disincentives for employees who refuse to engage with the Service, will help to identify those who are fit to return to work (but are reticent to do so) allowing employers to adopt a robust approach based on medical advice.”

This should be welcome news for both employers and employees alike given that 23 per cent would not be able to provide for their family if they were off sick for six months or more, research from Group Risk Development (GRiD) has found.

Given that average household spending is £517 a week, and savings are at just £20.80 a month, as ONS ‘Family Spending 2014‘ figures suggest, this highlights the importance of protecting income against long-term absence from work rather than relying on cutting back on daily spending.

When it comes to managing debt, almost a quarter admitted they would have to sell some of their belongings and valuables to keep up appearances. A further 18 per cent would borrow money from other family members to cover any losses, but one in eight 12 per cent said they would not be honest with their partner about how much debt they were in. And one in seven would hide bank statements and correspondence, showing the potential for relationship problems to emerge as a result.

More worryingly is the fact that when it comes to seeking support from employers, just 14 per cent said they would go to their employer for help, highlighting perhaps that employers have not yet embraced the unique position they are in to facilitate financial education, together with affordable and accessible protection cover for their staff.

Encouragingly, however, 12 per cent employers said they are more likely to increase their benefit spend now, as the UK emerges from recession. In addition, 33 per cent said they would be likely to use the new Fit for Work Service to help staff with a health condition stay at or return to work.

Katharine Moxham, spokesperson for GRiD, said: “Pushing debt under the carpet and choosing to rely purely on savings and cutting back on spending to survive when off work sick is a risky game, and shows just how much of a difference income protection could make to these individuals. The priority for both employers and employees when facing long-term sick leave is to get the staff member back to work sooner rather than later, not least to avoid the development of a secondary illness such as anxiety or depression whilst away from the office.

“It is clear from these results that employers want the best for their staff. Employees who have coverage from income protection, which is usually part of a wider supportive benefits package provided by their workplace, will be in a far more robust position in the long-term.” 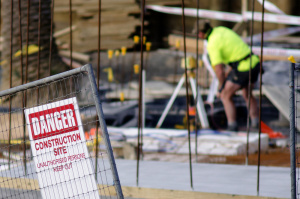 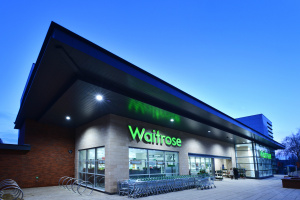