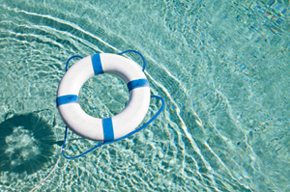 While some entrepreneurs set off armed with a well-informed plan, tight timescales, goals and, indeed, an escape or exit plan firmly mapped out, the majority launch themselves into the abyss of business owning with nothing but grand plans of a life of money and freedom.

The failure rate of new businesses is frighteningly high. I have seen innumerable different statistics, all of which vary depending on the inclusion of those first year failures, different business sectors, and business sizes – one way or another, failure creeps in around the mid-teens. I have read an amazing estimate that only one per cent will reach the ripe old age of 50. This age has dropped over the decades and may continue to do so with the speed technology is moving. It has also become commonplace to start companies to sell on for a killing within a short space of time, which only gains momentum as entrepreneurship becomes more popular.  Lifestyle businesses become obsolete because lifestyles change. Family and/or traditional mid-sizes businesses find it increasingly hard to survive. For many of us, there is a nasty wakeup call akin to mid-pregnancy – where what had been a joyful long term aim, becomes a sudden, panicked question of “how the hell do I get out of this” and “one way or another, this could cost me a lot of money”. Incredibly, I found one set of US statistics, claiming a failure rate of 25 per cent in the first year, but actually increasing every year to have reached 71 per cent by the tenth year (if you are a religious enterprise in the US then apparently you have a pretty safe lifetime ticket). Reasons for these failures over the years include: Management fail from lack of focus, bad advice, being worn out, not keeping in touch with the times, and lack of responsibility towards finance with a dash of bad luck. The middle sector, clinging on by their teeth are looking at a future where their little baby may not be the stable nest egg that they have fondly imagined. What can one do to avoid becoming one of the sad story stats of ex successes working their time out as consultants? Looking at long term company survival patterns may hold some clues and much of it lies in innovation, not least in the business owners head. We need to change with the times, but it is more than just keeping up with social media. One of the worst culprits of long term business disaster appears to be the traditional business model where growth has caused heavy administration, rigid and complex systems and, in turn, heavy overheads, lower productivity, and loss of focus on an end goal. Culture can make a huge difference with this. PR can help drive your culture, but internally shared values will add more strength and unity to your company to fight together – of course a great deal more can be done internally. As you band together in culture, you can consider loosening the internal structures, losing layers of central administration and handing autonomy back to the individual departments. Charles Dunstone is renowned for axing most of his HR department so as to move forward. If the culture is strong enough, the autonomous groups will still stand together in a common goal. Mary Perkins demonstrated this with her culture orientated franchising model.  If we hand the power back to smaller departments or groups of people, they take more ownership, they can have more freedom, more control over their own lives, all aims we as entrepreneurs recognize so well. It is disruptive to think of destroying the more traditional business model but perhaps disruption seems the name of the survival game these days.