The demographic structure of Britain’s workforce has changed dramatically over the last few years. Where it used to be all white males with a retiring age of 65, today the average UK team reflects he country’s diverse population. The gender gap is beginning to close; dual income families and single mothers in upper level jobs are on the rise, while businesses understand the need to attract and retain female talent at all levels.

“Businesses are coming around to the fact that if they don’t address gender balance within their organisations, they will lose competitiveness,” said Amanda Street, co-founder of Female Quotient, a specialist UK consultancy launched to help firms put effective programs and practices in place to realise the benefits of gender balance.

But despite facts proving that companies with more women outperform those with the least – over half based on return on equity and capital invested and 42 per cent based on return on sales – the difficulty in retaining women and developing the female talent pipeline persists. Even those that have implemented various diversity strategies lack results.

Women still only account for 17.3 per cent of FTSE-100 boardroom roles – a shocking figure that must be remedied as women are to be the new talent majority, with 75 per cent of all graduates expected to be female by 2015.

If a working woman has a child, which 80 per cent do, her chances of being hired fall by 79 per cent and she is half as likely to be promoted. And, while 40 per cent of women hold first-line management positions, at mid-management, female representation dramatically declines to 15 per cent.

In the McKinsey report, ‘Women Matter: Making the Breakthrough‘, some 90 per cent of companies surveyed said they were taking steps to tackle gender diversity. But they all struggled to effectively implement what they formally put in place and became frustrated by the slow rate of progress.

Some companies were shown to have targets for women in senior positions but no action plans to meet them. While 69 per cent of companies said they had mentoring programs in place for women, only 16 per cent said they were well implemented.

Organisations tackling gender balance issues need to understand that it’s a two way street to success. Without addressing the needs of both the organisation and the individual, diversity initiatives will be less effective.

According to Street, “Female Quotient recommend a top down and bottom up approach, considering the organisation as a whole system and the employee as a whole person. Career committed parents need to be given the opportunity to perform at all levels. Get it wrong and organisations will continue to lose skilled female talent or that talent will stagnate; get it right and organisations will naturally create better working environments for both men and women, enjoy lasting loyalty and, best of all, see improved results to the bottom line.”

As seen in Matthew Rocks’s article, appropriate steps are being made to rectify the situation. Global leaders will gather at the Women of the Future Summit, 15 May, to help businesses build world-class female-friendly organisations and inspire female leaders. 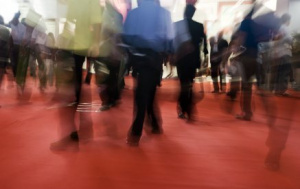